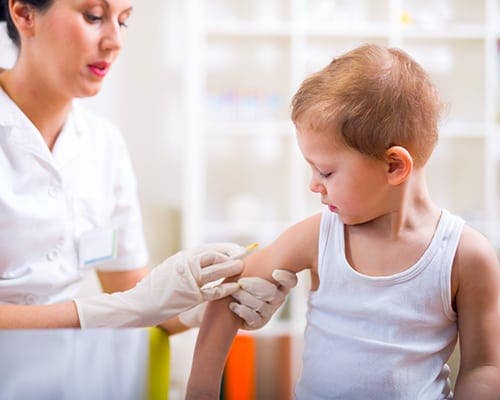 While any health issue can be alarming, none are quite as concerning as those that seem to occur with little to no warning. Acute bacterial meningitis is an example of such a sudden illness. It can even be life threatening, according to the Cleveland Clinic. Further, death can occur in just a few hours, reports the CDC.

Meningitis is an infection of the membranes that surround the brain and spinal cord, and can be attributed to a bacterial, fungal or viral infection. While sudden onset, acute meningitis is the most common type of infection, meningitis can also persist for a month or more with only mild symptoms.

Without treatment, bacterial meningitis can lead to paralysis, stroke, seizures, and sepsis, according to Healthline. Fortunately, the majority of people recover from meningitis. However, meningitis can cause permanent disabilities, including brain damage, hearing loss, and learning disabilities, states the CDC.

The most common symptoms include headache, fever and a stiff neck, according to the Mayo Clinic. Many people may believe they are coming down with the flu, as there are numerous other possible symptoms as well. These include achy pain in the back, muscles, or neck, fever, chills, lethargy, loss of appetite, malaise, nausea or vomiting, blotchy or red rashes on the skin, irritability, mental confusion, headache, sleepiness, sluggishness, and more.

Diagnosing babies and toddlers under the age of 2 can be difficult, and parents should watch for lingering irritability and disinterest in eating, as these can also be symptoms of meningitis.

Due to the wide variance in symptoms and severity of the illness, a medical diagnosis is required.

Though not incredibly common, the fact is that anyone can get meningitis. On average, about 1,500 Americans contract bacterial meningitis annually, according to the National Meningitis Association.

Some causes can include missing recommended child and adult vaccinations, living or spending a significant amount of time in a community setting (such as a dorm, military base, daycare facility or boarding school), or having an already compromised immune system. Women who are pregnant, people younger than age 20, as well as people who suffer from alcoholism or diabetes also have an increased risk for contracting the infection.

How the infection is transmitted

Coming into contact with several different types of bacteria can lead to bacterial meningitis, including Streptococcus pneumoniae (aka pneumococcus), Neisseria meningitides (aka meningococcus) Haemophilus influenzae (aka Hib), Listeria monocytogenes, group B strep, and E. coli. According to Healthline, infection begins once these bacteria enter into the bloodstream, and then travels to the brain and spinal cord.

Depending on the bacteria, there are various forms of transmission. Close contact, such as coughing, kissing, or sneezing, can be some ways of contracting the infection. Eating certain foods that have been contaminated with the Listeria bacterium, such as soft cheeses, hot dogs, and some cold cuts, can also lead to illness. Certain conditions can also lower immunity and thus make people more prone to infection, including trauma such as a head fracture, surgery, or a sinus infection, reports Heathline.

Vaccinations are the most effective way to prevent meningitis, according to The Centers for Disease Control and Prevention. The CDC recommends vaccinations at age 11 or 12, followed by a booster shot at age 16 to 18. This can help children and young adults to stay safe while living in close quarters with others, like sleep away camp or a college dorm. Vaccinations are also crucial for anyone planning on entering the military, traveling or moving to a country where bacterial meningitis is prevalent.

However, as with any vaccine, vaccines are not 100% effective, as they do not protect against all the types (strains) of each bacteria. Following healthy lifestyle habits such as getting plenty of rest, eating a balanced diet, and avoiding smoking and excessive alcohol use can all help maintain a healthy immune system.