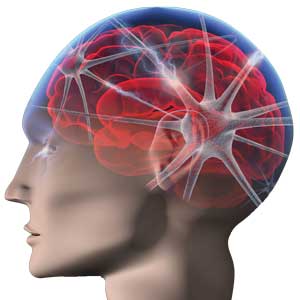 Nobel laureate Santiago Ramón y Caja was a Spanish pathologist and histologist and based upon his work with the nervous system, he has been called the “father of neuroscience.” On the topic of regrowth of brain cells, this 19th-century researcher is quoted as stating: “Once the development was ended, the founts of growth and regeneration of the axons and dendrites dried up irrevocably. In the adult centers, the nerve paths are something fixed, ended and immutable. Everything may die, nothing may be regenerated. It is for the science of the future to change, if possible, this harsh decree.”

Fortunately, the “science of the future” has arrived. It is now well accepted that brain cells do in fact continue to grow throughout our lifetimes. And it just so happens that the area of the brain where this growth occurs is the brain's memory center called the hippocampus. Obviously, this is very exciting news, especially for anyone concerned about failing memory or dementia in general.

[vc_column_text]As it turns out, the growth of new brain cells, a process called neurogenesis, is under the direction of a brain hormone, brain-derived neurotrophic factor (BDNF). BDNF does several things in the brain that are helpful. It strengthens brain cells to increase their survival, it enhances the ability of brain cells to communicate with each other by enhancing the formation of synapses, and it actually induces the growth of new brain cells, as mentioned above.

The authors concluded, “Higher serum BDNF levels may protect against future occurrence of dementia and AD. Our findings suggest a role for BDNF in the biology and possibly in the prevention of dementia and AD, especially in select subgroups of women and older and more highly educated persons.”

What to study also described was that there are two powerful lifestyle factors that can lead to higher levels of BDNF. These include aerobic exercise, as well as reduction in calorie consumption.

While the idea that we could not grow new brain cells has certainly changed since I was in medical school, one thing that hasn’t changed our lack of ability to treat dementia. Despite the vast amount of resources dedicated to Alzheimer’s research, there appears to be as yet, no cure in sight.

But look what the Journal of the American Medical Association is telling us. Higher levels of this brain protective hormone are associated with a reduced risk of getting Alzheimer’s in the first place. And you can raise your levels by simply cutting back on calories and adding in some aerobic exercise.

[vc_row_inner][vc_column_inner width="1/4"][vc_single_image image="73" img_size="medium" alignment="center"][/vc_column_inner][vc_column_inner width="3/4"][vc_column_text]About Dr. Perlmutter: David Perlmutter, M.D., is an expert in the human microbiome, a board-certified neurologist, Fellow of the American College of Nutrition, America’s brain-health expert and #1 New York Times best-selling author.[/vc_column_inner][/vc_row_inner][vc_column_text]This information is intended for educational and informational purposes only. It should not be used in place of an individual consultation or examination or replace the advice of your health care professional and should not be relied upon to determine diagnosis or course of treatment.
#Exercise , #Dr. Perlmutter , #brain health , #Low calorie