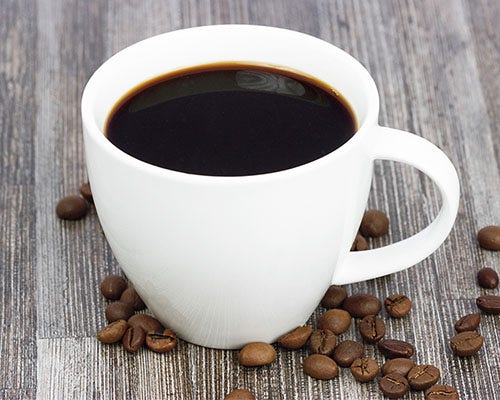 Typically, when you wake up in the morning after 12 hours of fasting, your body is in a state of what we call mild ketosis. This means that your body has shifted away from burning glucose as the only fuel source and is now tapping into your body fat reserves. When a person is in ketosis, it’s actually a very healthy state of affairs as it relates to brain function.

Just go to your online bookstore and you’ll see so many new books being written with the theme of providing delicious recipes to maintain a state of ketosis. Indeed, the health claims of being in ketosis seem to be increasing on a daily basis.

But it turns out that keeping your body in ketosis does in fact provide some health benefits.  I will leave this discussion for a future post.  But for now, I want to focus on the often raised question as to the effects of coffee consumption, or more specifically, caffeine consumption, on either enhancing ketosis or working against it.

In a new study entitled, Caffeine intake increases plasma ketones: an acute metabolic study in humans, Canadian researchers evaluated the effects of caffeine consumption in a group of 10 volunteers. After fasting for 12 hours and then eating breakfast, these individuals were given either no caffeine, the equivalent of about a cup and a half of coffee, or a caffeine equivalent of 3 cups of coffee. Blood samples were then taken to evaluate not only the caffeine levels over a four hour period of time, but also the levels of ketones that were manufactured in the liver from the liberation of body fat.

What the researchers found was indeed very compelling. Higher dosages of caffeine in the 10 healthy adults dramatically increased beta-hydroxybutyrate, one of the most studied ketones as it relates to powering the brain. The researchers found that the increase in blood ketones brought on by caffeine consumption was twice that observed after an overnight fast.

In Alzheimer’s disease, for example, it has been noted that there is as much as a 35% reduction in blood sugar utilization in various parts of the brain. That said, these are areas of the brain that can utilize ketones as a fuel source. So it might just be that enhancing the availability of these ketones by simply administering caffeine could prove beneficial for Alzheimer’s patients. In fact, research has demonstrated that adults drinking 3 to 5 cups of coffee daily may have as much as a 65% reduced risk for Alzheimer’s disease.

To be sure, this is a study that looked at caffeine consumption in its purest form. It in no way would sanction as being helpful caffeine that may be found in a specialty drink with caramel, whipped cream, and vanilla flavoring. On the other hand, it sure seems supportive of a cup or two of coffee in its purest form.
#Dr. Perlmutter , #brain health , #caffeine , #ketosis