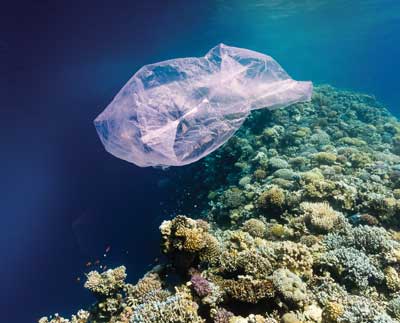 City by city and county by county, millions of Californians are taking a stand against plastic bags to keep them from polluting beaches, killing marine life and burdening taxpayers.

If millions of Californians could have their dream come true, then single-use plastic bags would be banned statewide, nationwide and worldwide. To date, their dream hasn’t been realized, but it’s certainly not from lack of trying. In fact, one of the most recent attempts to ban the plastic bags was via Assembly Bill (AB) 298, which was a bill to ban single-use plastic bags statewide at supermarkets, retail pharmacies and convenience stores in California starting in 2014. AB 298 would have also required retailers to provide reusable bags for sale and to charge a fee for recycled paper bags—all to incentivize people to remember to use their reusable bags.

Unfortunately, AB 298 failed to pass the California State Senate. But that won’t stop Californians from their bag-ban mission. In fact, in a little over the past two years, over 50 California cities or counties have voted to ban single-use plastic bags. When all of those ordinances go into effect, then nearly one-third, or approximately 38 million, of Californians will reside in plastic bag-free communities. That in itself is a win, but Californians won’t stop until they accomplish the dream.

Banning the plastic bags is not just a trendy bandwagon to jump on, either. Plastic bags have serious consequences for beaches and other waters, marine life and other wildlife, and even for land-based taxpayers.

Truth be told, single-use plastic bags are one of the most common forms of waste found on beaches that make their way into the ocean, becoming part of what’s called the “Great Floating Garbage Patch” or the “Pacific Gyre.” (By the way, there’s also one in the Atlantic Ocean—a similar story, but a different location.)

In fact, over the last 25 years, 7,825,319 plastic bags were collected from beaches around the world. Plastic bags can also clog drains and create mosquito breeding grounds during warmer months, resulting in other health consequences.

Adding to the plastic-bag nemesis is that plastic bags last nearly indefinitely— since they’re not biodegradable—to continually work their damage. What’s more is that of the 115 billion plastic bags used nationally each year, only a dismal five percent are recycled. (California alone uses a whopping 12 billion plastic bags a year.)

Likewise, pollution from those plastic bags directly affects 267 animal species annually, including whales, fish, birds, and turtles. Speaking of turtles . . . the Pacific Leatherback sea turtle, which consumes jellyfish, can mistake plastic bags for jellyfish. Unfortunately, one-third of adult turtles have consumed the plastic, which undoubtedly adds to the reason why the Leatherback sea turtle population has declined by 95 percent in the last 20 years.

Additionally, plastic bags make their way into wilderness areas where they can choke and kill animals. Marine life and wildlife are not the only ones who pay the cost of plastic bags, however. California taxpayers spend approximately $25 million each year to landfill used plastic bags—money which could certainly be used for better purposes.

L.A. County alone spends $24 million on litter prevention, cleanup efforts and enforcement, with plastic bags weighing in significantly on those costs. Getting rid of those plastic bags could also result in Green jobs in California, as there are currently 15 reusable bag companies based in California. One of those companies, Green Vets, could see more jobs created for disabled veterans if there would be a statewide plastic bag ban law.

The bottom line is that there is so much good that can come from getting rid of those plastic bags. Unfortunately, Californians haven’t seen the plastic bag ban realized—yet. They will keep trying, however, while the rest of the nation watches expectantly.

This information is intended for educational and informational purposes only. It should not be used in place of an individual consultation or examination or replace the advice of your health care professional and should not be relied upon to determine diagnosis or course of treatment.
#Environment