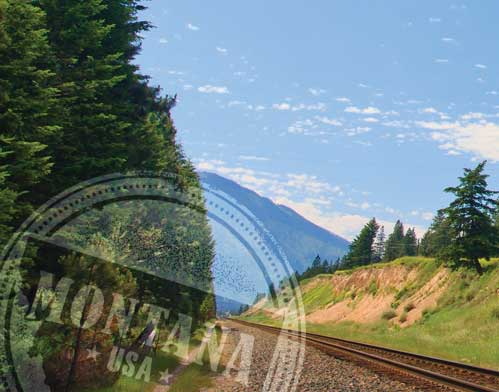 Where do you go to reinvent pills? After all, the technology to make medicinal pills dates back to ancient Egypt. Over the centuries, we moved toward larger-scale production and it was ultimately American ingenuity that led to the invention of the modern pill press in the late 1800s. Powder was poured into a tube and then pounded into metal-case dyes where individual pills were “punched.”

Today, the same basic principle of pill manufacture remains; powder, poured into tubes, is compressed through immediate, intense pressure against a metal dye—and out pops a pill. Since the 1800s the vast majority of technological advancements in pill making have occurred around speed and quantity. We’ve made bigger, faster machines that could punch more pills at a time.

The other area for “innovation” has been the development of “better” chemical binders, such as stearic acid and magnesium stearate (vegetable lubricants) as well as methylcellulose and various dicalcium and tricalcium phosphates—all invented to support manufacturing efficiency.

Up For the Challenge

We knew we were in for a challenge. After all, we had to create an entirely new technology for making pills. Every manufacturer I spoke to across the industry would boast of their ability to run faster, stronger, better glued together pills. No one knew how to slow down their technology and reinvent the chemicals used to make the pill (and the press) run. What’s more, very few were even interested in taking on that challenge. Build it faster, better, stronger. That was their motto.

That’s the project that took me to a facility in Missoula, Montana.

Montana is the fourth largest state in the USA with the 44th smallest population. There’s approximately one million people scattered throughout the mountain ranges, parks, cattle ranches, mining operations, grain farms and college towns that fill the state. Missoula is a college town with clean streets, a vibrant health oriented culture and more mud-covered, four-wheel drive vehicles topped with ski racks, kayaks and camping gear than I’ve ever seen. It took me three planes and 10 hours to get there from South Florida, but it was worth every minute.

As I drove from the airport, I started to get the sense that I was somewhere unique, a special environment. It was early spring and the weather was gorgeous—sunny and in the 60s.

Where the Magic Happened

When I arrived at our manufacture’s building, I found a simple, clean warehouse exterior. Inside, however, was one of the most sophisticated manufacturing facilities I’ve ever seen. The extensive labs contained every piece of equipment found at the country’s leading analytical labs.

The prototype lab was large, and chock full of analytical tools as well as small-scale equipment. It was in this lab where the magic occurred. We had been working together for months gathering materials and experimenting with various methods of making tablets. Prior to my visit, we’d tried no fewer than 50 separate ingredients in hundreds of failed experiments, while trying to find just the right blend to make an organic tablet.[vc_column_text]I’d planned this trip to Montana at the end of the trials, when we were confident that we’d gotten it right. As we walked through the process we’d developed, I started to get very excited. We’d actually done it. A dozen other manufacturers wanted to make this new line of vitamins for us, but none thought it was possible. However, this one special place in the remoteness of Missoula, Montana, populated by rugged individualists —who see as many bears as they do neighbors in their yards each morning—committed to this path of invention with me, and they did it.

They showed me how our organic raw materials formed a beautiful tablet that would not break or chip in the bottle. Also highly important, the tablets were dissolving in less than 15 minutes—ensuring nutrients will not pass right through the body. Finally, they showed me our entirely new, first-ever organic tablet coating system that makes the tablets smoother and easier to swallow. And all of this was accomplished with beautifully shaped, normal-sized (not horse pill) tablets. We’d done it.
This was an accomplishment that was so unique that we decided to patent it and call it Clean Tablet Technology™.

For those of you who worry about America’s manufacturing moving to other countries, and for those who worry that our spirit of invention is lost, let me allay your fears. I found a place where invention, creativity, and stick-to-it-iveness are alive and well. With American innovation of this caliber, there will always be a need for American manufacturing that we can all be proud of.