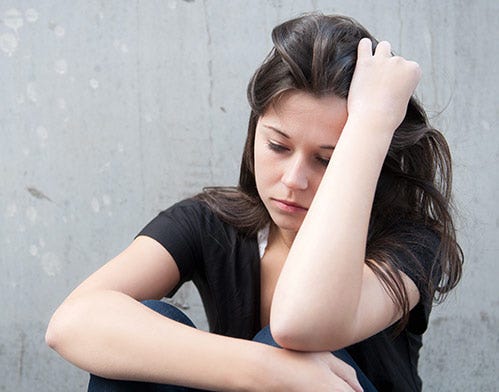 Maybe Peter Pan was wise beyond his fictitious years when he said, “I won’t grow up.” It is likely that audiences still relate to the words of this infamous character over a hundred years after its original premiere because they agree on its universal theme – adolescence is unquestionably hard. Fraught with rampant hormonal, psychological and physical changes in the body, growing up presents so many new experiences and feelings that can seem overwhelming to a young, inexperienced teen.

From near-constant bombardment of media and peer messages touting societal “norms” to look and act a certain way, these stresses can take a serious toll on impressionable, developing minds. Unrealistic expectations to match airbrushed internet photos or not being invited to a party can lead to strong feelings of disappointment and rejection. Even sibling rivalry and familial pressures can make less athletic or academically successful teens feel inadequate. Healthline identifies a family crisis, physical or emotional abuse, or witnessing violence as additional potential risk factors for depression.

According to the National Institute for Mental Health, approximately 12.5% of the U.S. population between the ages of 12 to 17 (about 3 million adolescents) experienced at least one major depressive episode in 2015. The Diagnostic and Statistical Manual of Mental Disorders (DSM-IV) classifies a major depressive episode as at least two weeks or more of a depressed mood or loss of interest in previously enjoyed activities. In addition, a minimum of four additional symptoms that show a change in functioning must be present, such trouble sleeping or eating, low energy levels, disrupted concentration, and poor self-image.

Some other symptoms to watch for include:

Depressive episodes are reported to peak around age 15-16, with a higher prevalence in females, as reported by the National Institute for Mental Health. Adolescents of mixed race had the highest reported levels of incidences, followed by Hispanics and then Whites. While it may seem like these depressive episodes will pass and are “just a phase”, it is important for parents to not take changes in their teen’s behavior lightly. According to the Centers for Disease Control and Prevention (CDC), suicide is the third leading cause of death for adolescents in the United States.

While this can seem like a very startling and disturbing statistic, Mental Health America notes that 4 out of 5 teens who attempt suicide display a wide variety of warning signs that can alert parents of underlying depression. Some teens actually make direct verbal threats of suicide or self-harm. They may also seem obsessed with death, and express it by writing dark poems or drawing images focused on dying. Parents may also notice erratic, dramatic changes in behavior or appearance. Teens may also begin trying to give away their personal belongings.

A mental health professional may be the best resource for teens displaying serious signs of depression. An expert will be able to determine the best treatment, while usually suggesting a multi-faceted approach. Psychotherapy is often helpful at improving coping skills, while cognitive-behavioral therapy helps change negative patterns of thinking. Interpersonal therapy can help teens develop healthier relationships

In addition to professional counseling, Mental Health America encourages parents to take an active role in their teens’ lives, helping them to set healthy, realistic goals and expectations. Inspiring exploration of varied hobbies, exercise and sports, or extra-curricular activities can have profound effects on self-esteem, team-building, and friendships. Participating in positive, engaging activities and developing healthy peer relationships keeps them busy and distracted from potential depression triggers. It is also important for parents to emphasize to teens to ask for help when they need it, and never feel ashamed or embarrassed to do so. By taking a proactive approach, sometimes major depressive episodes can be avoided.
#mental health , #teens