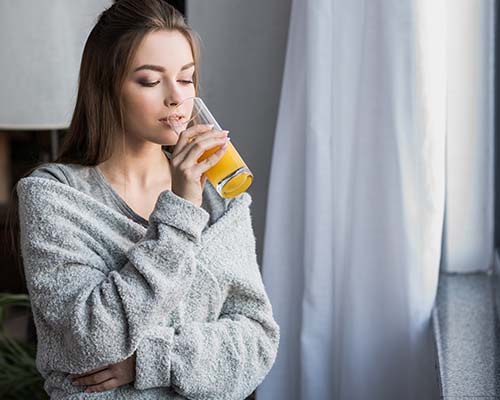 From acute onset after injury to more subtle and chronic, inflammation is familiar to nearly everyone. However, understanding just how inflammation affects the body can go a long way in managing symptoms and getting much-needed relief. While inflammation commonly worsens with age, or as a result of developing auto-immune conditions like rheumatoid arthritis, there are many ways to slow the frequency and intensity of flare-ups.

Inflammation can present itself in many unpleasant forms, including pain, redness and swelling. By definition, inflammation is triggered as a result of the body’s natural defense mechanisms. White blood cells produce substances that are designed to protect from potential threats, like bacteria and viruses, according to WebMD. When these chemicals are released, symptoms like warmth and pain can occur.

However, auto-immune diseases like fibromyalgia also trigger the same reactions, even without any threat. Many diseases such as cancer, heart disease, diabetes, arthritis, depression, and Alzheimer's have all been linked to chronic inflammation, reports Harvard Health.

Inflammation can also affect internal organs like the heart and lungs, possibly causing other symptoms such as shortness of breath, high blood pressure, and fluid retention, says WebMD. Serious complications can also occur with inflammation of certain organs, such as the kidneys (kidney failure).

Following an anti-inflammatory diet, or at least avoiding some of the most common triggers, is one of the most effective ways to combat inflammation, says Harvard Health. Many foods have actually been shown to cause inflammation, and are best avoided altogether or limited.

One of the biggest culprits of inflammation is sugar. The American Journal of Clinical Nutrition notes that processed sugars trigger the release of inflammatory messengers. It is important to read all food labels to check ingredients as well as the amount of sugar in each serving, according to the Arthritis Foundation. It’s not always just the obvious desserts, sodas and candies to avoid. Some fruit juices, snack bars, yogurt, cereals, and other seemingly healthy foods can be deceiving, packing a whopping amount of inflammatory-inducing hidden sugars. Further, watch for all the various names sugar may be listed under, including fructose or sucrose.

Another possibly surprising source of inflammation is over-consumption of some fatty acids. While Omega 6 fatty acids are essential for normal growth and development, excess can actually lead to inflammation, says the Arthritis Foundation. Omega 6 is commonly found in corn, safflower, sunflower, grapeseed, soy, peanut, and vegetable oils, so be mindful of overall consumption.

High-glycemic index foods should also be limited, as they cause inflammation levels to soar. Unfortunately, that covers a wide and broad range of foods that contain refined carbohydrates, such as bread, pasta, white rice, crackers, many cereals, white potatoes, French fries, and pastries.

Harvard Health and the Arthritis Foundation also suggest other inflammatory foods to avoid or limit, including:

Indulging in favorite foods that are known to cause inflammation should be a treat, not a regular occurrence. Instead, following an inflammatory diet is recommended by Harvard Health to help manage and avoid symptoms.

The Mediterranean diet has long been hailed as one of the best overall diets for not only its anti-inflammatory benefits but also for promoting overall health and well-being. This diet primarily consists of unprocessed, whole foods, including plenty of:


Some foods are also specifically known for being naturally high in antioxidants, such as blueberries and leafy greens, which can help keep inflammation down as well. Coffee may even help protect against inflammation, says Harvard Health.

Others ways to help manage inflammation

Along with diet, following a healthy and holistic lifestyle can also help manage inflammation. While it may be difficult and painful to exercise and stay active, in the long-term it can be very effective against inflammation.

Research published in the journal Brain, Behavior and Immunity found that even a 20 minute exercise session can be sufficient to elicit an anti-inflammatory cellular response. From the study, this minimal amount was enough to help suppress the production of inflammation-causing chemicals in the body.

Finding ways to cope with stress is another important part of managing inflammation. Various studies have shown that chronic psychological stress and the inflammatory response are closely linked. Activities like yoga, meditation, painting, journaling, and breathing exercises can help reduce the effects of stress, and thus help minimize the inflammation response.
#inflammation , #arthritis , #pain