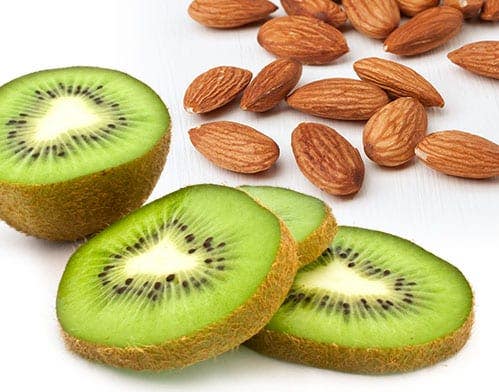 [vc_column css=".vc_custom_1501858021992{padding-right: 0px !important;padding-left: 0px !important;}"][vc_column_text el_id="text-content"]The prestigious Journal of the American Medical Association welcomed in the new year by publishing what will surely become a landmark study. Researchers announced the results of a clinical trial of vitamin E in people with mild-to-moderate Alzheimer’s disease. And their findings may well revolutionize our approach to treating Alzheimer’s, a disease affecting more than 5.4 million Americans.

The study looked at the effect of dietary supplementation using 2000 international units of nonprescription vitamin E daily in a large group of elderly Alzheimer’s patients and compared their results over an average of around 2.3 years to similar patients, who received a placebo, a pharmaceutical (memantine), or a combination of memantine along with vitamin E.

The best results were found in the patients who received the vitamin E alone. And in these patients, the annual rate of decline in functional performance was slowed by approximately 20%. Functional performance includes important day to day tasks like preparing meals, bathing, shopping and eating.

While these results are far from representing a cure for Alzheimer’s, nonetheless it shows that vitamin E did allow Alzheimer’s patients to get by with less help from caregivers and maintain their independence longer. And this was in contrast to the findings in those who were given the Alzheimer’s drug memantine, either alone or in combination with vitamin E.

Vitamin E acts as an antioxidant, meaning it protects tissues against the damaging effects of chemicals called free radicals, which are produced in the body as a normal part of metabolism. It has been shown in earlier research that there is an excess of free radical activity in the brains of Alzheimer’s patients. So researchers are focusing on vitamin E’s antioxidant activity as a possible explanation of its effectiveness in treating Alzheimer’s patients.

And while the dosage of vitamin E used in this study far exceeds the government’s recommended dose for healthy adults (22.4  IU daily), no serious health consequences were reported in those just taking the vitamin E. In fact, the only serious problems in the study were reported in those who were given the pharmaceutical memantine.

As a practicing neurologist, treating Alzheimer’s patients each day, the results of this study are extremely encouraging. Vitamin E is widely available, doesn’t require a prescription and is now proven to slow the progression of this devastating disease.

Vitamin E can interact with medications including the blood thinner warfarin, medications used in chemotherapy and anti-inflammatory drugs.So it’s a good idea to check with your healthcare provider before starting vitamin E or any nutritional supplement.[vc_row_inner][vc_column_inner width="1/4"][vc_single_image image="73" img_size="medium" alignment="center"][/vc_column_inner][vc_column_inner width="3/4"][vc_empty_space height="5px"][vc_column_text]About Dr. Perlmutter: David Perlmutter, M.D., is an expert in the human microbiome, a board-certified neurologist, Fellow of the American College of Nutrition, America’s brain-health expert and #1 New York Times best-selling author.[/vc_column_inner][/vc_row_inner][vc_column_text]This information is intended for educational and informational purposes only. It should not be used in place of an individual consultation or examination or replace the advice of your health care professional and should not be relied upon to determine diagnosis or course of treatment.
#Dr. Perlmutter , #brain health , #Vitamins , #alzheimers