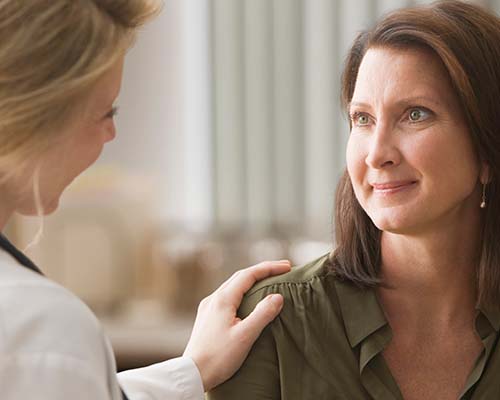 Nearly everyone experiences some forgetful moments from time to time, such as being unable to recall where the keys were placed or not remembering someone’s name. For the most part, these instances are no cause for concern. Everyday stress and lack of sleep could be the underlying reasons for such absentmindedness. However, this is also how most people tend to disregard potential initial warning signs of what may actually be early onset Alzheimer’s (AD).

AD is the most common form of dementia, an umbrella term for the loss of memory function or other mental abilities that can severely hinder daily life. Early onset AD is classified when symptoms begin before age 65, typically in the 40s and 50s, according to the Mayo Clinic. While early onset Alzheimer’s is considered relatively rare in comparison to common Alzheimer’s (which affects about 4 million people), early onset AD is estimated to afflict about 200,000.

What are the symptoms of early onset Alzheimer’s?

According to Healthline, there are some telltale signs to watch for regarding AD. These may include:

In many instances, it can be very difficult to distinguish between everyday forgetfulness and early onset symptoms. This is especially true if someone is going through other stressful life changes, such as loss of a job, menopause, etc.  If questions constantly need to be repeated, or if frequent reminders are suddenly needed, consult a doctor.

Experts aren’t certain as to why some people develop early onset AD and others do not. Some cases can be attributed to family genetics, and testing is available, says the Mayo Clinic. Specific genes do have an increased likelihood of developing the disease. Obtaining an accurate diagnosis is imperative, and can help with making preparations in managing the disease.

How is early-onset Alzheimer disease diagnosed?

Currently, early onset Alzheimer disease is diagnosed based on symptoms and healthcare provider testing, reports John Hopkins Medicine. This typically involves cognitive memory testing and problem solving testing, along with a thorough health history and evaluation. Based on testing and evaluation results, more extensive testing might be ordered through a neuropsychologist. Commonly, blood and urine may be sampled. Diagnostic imaging such as CT and MRI brain scans may also be ordered to determine the level of damage.

What are the treatments for early onset Alzheimer’s?

While there is currently no cure for early onset AD, early treatment may help manage symptoms, in turn helping to slow the progression of the disease to help maintain quality of life, says John Hopkins Medicine. In some cases, this may include prescription drugs to help control behavior and sustain cognitive abilities. In addition, lifestyle changes can help keep mental function sharp.

According to the Alzheimer’s Association, there are two FDA-approved medications that can help address cognitive symptoms, such as memory loss, common reasoning skills, and confusion. These medications are cholinesterase inhibitors (Aricept, Exelon, Razadyne) and memantine (Namenda). They are sometimes used concurrently. However, they cannot reverse existing damage, so early treatment is essential.

Research has been promising in how lifestyle changes can benefit early AD, including maintaining physical activity levels and engaging in various forms of brain exercises and cognitive training. In addition, following a healthy diet and reducing stress are also beneficial for not only cognitive health but overall well-being.

Natural supplements may also help maintain healthy cognitive function, though research is limited. Ginkgo biloba, which contains both antioxidant and anti-inflammatory properties, has shown promising effects on cells within the brain and the body, says WebMD. Research has also supported omega-3s for helping reduce the risk of dementia or cognitive decline. Studies published in The Journal of Alzheimer’s Disease have even found that cannabis extract containing THC can relieve some symptoms of Alzheimer’s. Other studies observing the effects of cannabis on Alzheimer’s, including those from Abarbanel Mental Health Center and the Sackler Faculty of Medicine at Tel-Aviv University, in addition to research with the Department of Psychology at Bar-Ilan University, found similar promising results during clinical studies.

Acceptance and understanding of AD is critical after diagnosis, experts say. While it may be devastating, maintaining a positive outlook and trying to stay as mentally and physically active as possible can greatly help, suggests experts at John Hopkins Medicine.
#alzheimers