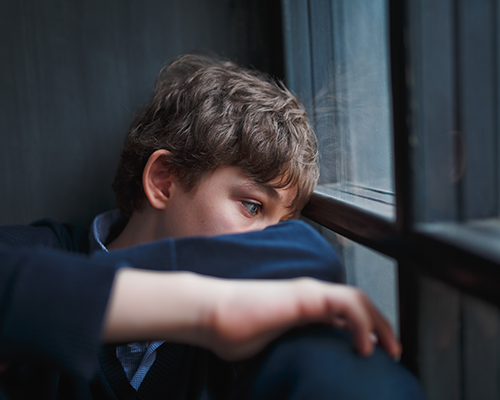 Growing up is rarely an easy time for anyone, but the pressures on children today seems higher than ever in today’s volatile society. From ever-increasing competitive pressures to perform at school, to worries about violence and bullying, it is hardly a surprise that youth today are experiencing increased rates of depression, anxiety, and even suicide.

According to the National Institute of Mental Health, an estimated 3.3% of children 13 to 18 years old have had episodes of severe depression. However, the American Academy of Adolescent Psychiatry estimates this number to be even greater, approximately 5%. Further, depression and anxiety are often experienced together, with even higher incidences of anxiety reported in adolescents.

Data from a National Comorbidity Survey of adolescents aged 13-18 found that an estimated 31.9% of adolescents have an anxiety disorder, with about 8.3% cited with severe impairment. Females had a greater prevalence of disorders (38.0%) than males (26.1%), yet incidences overall were similar across age groups. Given these rates of mental health issues, suicide is now said to be the second leading cause of death in young people between the ages of 10 and 24, according to the CDC.

Signs of depression and anxiety in children

It is important to note that sadness and periods of “the blues” are not always indicative of a depressive disorder, although these may be suggestive of the beginning stages of a developing disorder. Similarly, children may not necessarily have an anxiety disorder, but rather may just be having difficulty dealing with bouts of stress. However, if symptoms start to interfere with school, social activities, hobbies, or personal interactions, there may be an underlying disorder to address, suggests WebMD.

Signs of depression may include:


Anxiety can present itself in different ways in children, but is often present along with depressive symptoms. Like depression, anxiety is a complex disorder which can have variants such as OCD, panic disorder, or another anxiety disorder, according to ADDitude.

Signs and symptoms of anxiety in children may include:


To cope with these symptoms, children and teens may sometimes develop substance abuse issues as a form of coping mechanism, reports the Substance Abuse and Mental Health Services Administration.

How to help your child or teen

Fortunately, there are many ways to help address mental health issues in children and teens before they become serious. If signs of depression and anxiety continue and appear to be worsening, the Mayo Clinic suggests having your child undergo a thorough psychiatric evaluation by an experienced professional who specializes in working with young children and adolescents. This assessment should evaluate family history of emotional disorders to help determine potential risk factors, as well as determine if there are concurrent mental illnesses to address for the most effective course of treatment.

Medications such as antidepressants and antianxiety prescriptions may be suggested, and it is up to the parent and healthcare provider to decide if these are the best and truly necessary way to address symptoms. Often, other treatments with a lesser risk of side effects may be explored first.

According to Harvard Health, there are many drug-free options that can provide beneficial results to help fight depression and anxiety. Cognitive behavioral therapy and regular exercise have been found to show very positive results in mild to moderate depression and anxiety. Meditation has also become a mainstream practice, including for children, in helping to manage depression and anxiety symptoms, reports Forbes. Further, meditation also has been shown to improve focus, boost grades, and improve overall mental health and well-being.