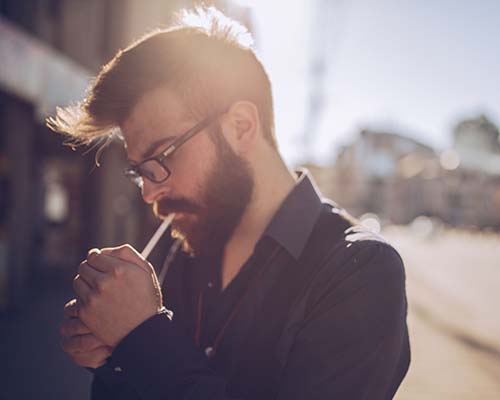 According to the Centers for Disease Control and Prevention an estimated 15.5% of U.S. adults are currently smoking cigarettes. That’s close to 40 million Americans of whom 76% smoke on a daily basis. Estimates indicate that close to half a million Americans die each year as a consequence of cigarette smoking and incredibly around 41,000 of these deaths are from secondhand smoke exposure.

Men make up 17.5% of adult smokers while women represent 13.5%. But while women represent a smaller percentage of smokers, nonetheless the CDC tells us that around 23% of women reported smoking during the three months prior to becoming pregnant and unfortunately 11% reported smoking during the last three months of pregnancy. Smoking during pregnancy is associated with quite a few health issues including preterm labor, and ectopic pregnancy, vaginal bleeding, placental abruption, and placenta previa. Even birth defects like cleft lip or cleft palate are more common when women smoke during pregnancy.

I would bet that many of you are probably quite familiar with this information.  But what you may not be aware of is the emerging research that indicates possible threats to the health of a newborn as a consequence of the father being a smoker.

Clearly we understand that tobacco products are directly threatening to the health of both men and women, but without a doubt the research evaluating the effects of these products on future generations has pretty much focused on women.

Now, new research is indicating that male exposure to nicotine may well play a role in changing health outcome of future generations. In a new study just published in the journal, PLOS Biology, researchers exposed laboratory animals (mice) to nicotine in their drinking water. Specifically however, the nicotine water was only administered to the males.

The scientists described significant behavioral changes in the first generation of mice born from fathers who had nicotine exposure. There were deficits in attention, learning ability, and even levels of brain neurotransmitters.

But here’s the part that is even more compelling. The second generation, born from male mice who were not exposed to nicotine but came from nicotine exposed fathers also demonstrated these abnormalities. The conclusion is that genetic changes in the spermatazoa induced by nicotine exposure were actually passed on to future generations. The type of changes induced in the DNA is called methylation, and the authors stated:

Our findings show that nicotine exposure of male mice produces behavioral changes in multiple generations of descendants. Nicotine-induced changes in spermatozoal DNA methylation are a plausible mechanism for the transgenerational transmission of the phenotypes.

This means that nicotine exposure not only has an effect on the immediate children of these males, but upon subsequent generations as well. When the authors talk about “transmission of phenotypes,” they are referring to the continuation of these behavioral abnormalities in future generations.

To be clear, again, this is an animal study and is not a study that cannot directly be interpreted in the human context. Nonetheless, it is extremely important that we do understand how these mechanisms work. That is to say that while we understand how a mother’s health and lifestyle choices directly affect the health of her newborn, it looks like father’s health and lifestyle choices are also important. And, if we are to gain knowledge from studies like this, father’s lifestyle choices may not just affect the health of his children, but may indeed have an impact on future generations.