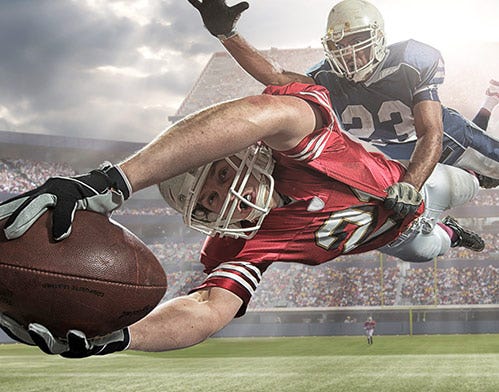 Football season is just around the corner, although football practice is already ramping up. And while many people love watching football, those playing football—including high school football players—may want to know about these research findings.

More specifically, research out of UT Southwestern Medical Center’s Peter O’Donnell Jr. Brain Institute and Wake Forest University School of Medicine points to measurable changes in the brains from repeated impacts to the heads of high school football players—even when no concussion occurs. All this can occur after only one season of playing.

Why football? It has the highest concussion rate of any competitive contact sport, and there is growing concern among parents, coaches and doctors of young athletes about the effects of “subconcussive” head impacts, or those that don’t directly result in a concussion diagnosis.

Prior research has been on college football players, but recent studies indicate impact distributions for youth and high school players to be similar to those at the college level.

Senior author of the study, Dr. Joseph Maldijan, Chief of the Neuroradiology Division and Director of the Advanced Neuroscience Imaging Research Lab (part of the Peter O’ Donnell Jr. Brain Institute at UT Southwestern) says, “Our findings add to a growing body of literature demonstrating that a single season of contact sports can result in brain changes regardless of clinical findings or concussion diagnosis.”

The researchers gathered their data from approximately 24 high school varsity players who wore specially outfitted helmets which could record data on each head impact during practice and regular games. The scientists then implemented experimental techniques to measure changes in cellular microstructure in the brains of the players before, during and after the season.

During pre-season, the players had an MRI scan and cognitive testing, including memory and reaction times. They wore the sensors during the season, and then had another MRI scan and cognitive testing post-season. The researchers also used diffusional kurtosis imaging (DKI), which measures water diffusion in biological cells, to identify changes in neural tissues. DKI can also measure white matter abnormalities.

The group wasn’t large enough to make conclusions about variations of impacts between positions, so additional studies will be required to determine what the deviations mean clinically for people, according to the researchers.

These findings contribute to a growing body of knowledge and studies concerning concussion and other brain injury types from researchers with the Peter O’Donnell Jr. Brain Institute. Others include a first-of-its-kind study of former National Football League (NFL) players who lost consciousness from concussion during their playing days, showing key differences in brain structure later in life. The hippocampus, which is the part of the brain involved in memory, was smaller in 28 former NFL players compared with a control group of men of similar age and education. Likewise, a study about the neuropsychological status of former NFL players found that cognitive deficits and depression are more common among retired players than in the general population.

Additional research reports that the brains of deceased former football players had high rates of chronic traumatic encephalopathy (CTE), a degenerative disease thought to be from repetitive brain injury. Researchers studied the brains of 165 people who played football at the high school, college or professional level, and found evidence of CTE in 131 of them, which is 79 percent. Of the brains studied, 91 of them belonged to former NFL players and 87 of those 91 (96 percent) showed signs of CTE.

So, if you or a loved one plays football, this growing body of research is important to keep in mind, especially when it comes to brain health.
#brain health