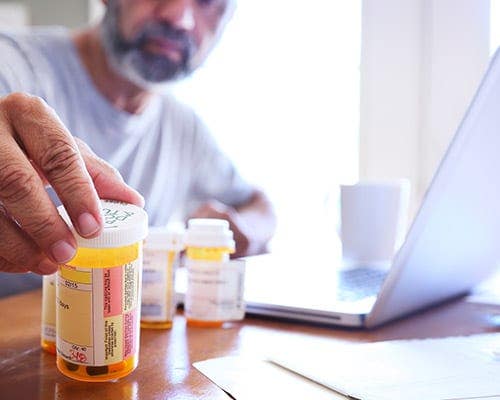 It has now become fairly common knowledge that antibiotics are disruptive in terms of the health, functionality, and diversity of the gut bacteria. Beyond antibiotics, there has been a lot of information provided by scientific researchers demonstrating that acid-blocking medications, similarly, have a negative effect on the intestinal microbiome. Now, Researchers are concluding that at least some of the important side effects of both of these groups of medications may represent consequences of changes in the intestinal bacteria.

An important study, Extensive Impact of non-antibiotic Drugs on the Human Gut, published by German researchers, focuses on the potential of other types of pharmaceuticals to also damage the gut bacteria. This extensive study actually evaluated the effects upon various bacterial strains of more than 1,000 marketed drugs that are used primarily in humans.

Incredibly, they demonstrated that 24% of the drugs tested, including members of all classes of drugs evaluated, had an effect on bacteria that normally colonize the gut. In particular, they found substantial changes induced by a variety of antipsychotic medications. Further, their research revealed the potential of these non-antibiotic drugs to induce changes in gut bacteria that might enhance antibiotic resistance.

As mentioned above, there is robust data set that indicates that acid-blocking drugs, specifically those called proton pump inhibitors, damage the gut bacteria. This new study reaffirms that these widely used medications are, in fact, significantly detrimental to the gut bacteria. This may well explain why these types of medications are associated with an increased risk for allergy in children, and a markedly increased risk for dementia in adults, as was recently reported by the Journal of the American Medical Association.

The past several years has seen a rapid expansion in our knowledge of the important role that our gut bacteria play in terms of our health and our ability to resist disease. We continue to see more and more literature indicating that so many of our lifestyle choices including the food to eat and, in this case, the medications we choose to take, can significantly alter the gut bacteria, and as such, may threaten our health.

It may take some time until research, like this study, makes its way to the warning label on a class of medications. Meanwhile, it’s best to always keep in mind, in terms of any lifestyle choice, that we are each the host of more than 100 trillion organisms living within us and upon us that play important role in our health. We need to be kind to our resident microbes!