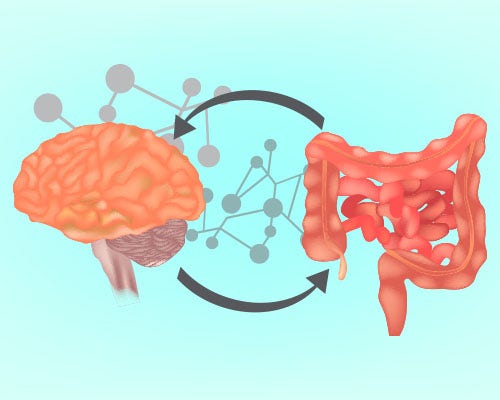 In April 2015 we published Brain Maker, a book whose fundamental theme was that there is a powerful and intimate relationship between things going on in the gut and the health and functionality of the brain. Since then, there has been a dramatic increase in number of scientific studies and publications related to this theme.

In November 2017, the annual meeting of the Society for Neuroscience took place in Washington DC. One important goal of this year’s meeting was to explore the relationship between the gut, and more specifically the microbiome, and various neurodegenerative conditions like Alzheimer’s and Parkinson’s.

One important presentation was made by Dr. Harpreet Kaur from the University of North Dakota. His research demonstrated profound differences in the various microbes in the guts of normal mice versus the Alzheimer’s mouse model. What is more striking is the fact that his research showed that giving the Alzheimer’s mice probiotics was associated with some fairly dramatic changes including reduced permeability of the gut, reduction of inflammation and actual increase in memory performance.

Other researchers demonstrated differences in the gut bacteria depending on whether laboratory animals carried a specific gene, known to be associated with Alzheimer’s disease risk in humans. We do know that carrying what is called the APOE 4 allele is associated with increased risk for developing Alzheimer’s disease. What hasn’t been fully elucidated, as yet, is the mechanism by which carrying this genetic predisposition is associated with increased disease risk. These researchers, from the University of Kentucky, may have added an important clue to our understanding in that carrying this gene risk factor was associated with fairly profound changes in the gut bacteria.

I can tell you that a decade ago, the idea of looking at the gut, and specifically the various microbes it contains, in an attempt to understand some of the mysteries of neurodegenerative conditions, would have been considered laughable. Nonetheless, forward thinking researchers pursued this relationship and have now made great progress in connecting the dots in terms of understanding the mechanisms supporting this relationship.

Moving forward, as we back out of our brain centric approach to neurological conditions and embrace the idea that things outside of the brain can affect its function and resistance to disease, there is no doubt that we’ll make incredible progress in terms of what can be done to help people with degenerative brain conditions.
#Probiotics , #Dr. Perlmutter , #brain health