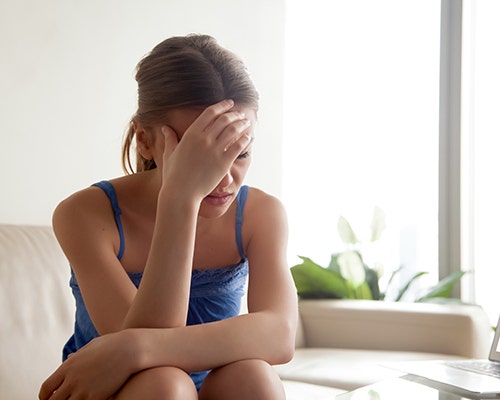 There have been poems, songs, movies, and many other creative works produced over the years lamenting about the effects of loneliness. The pain, the heartache, and the tears shed cross over every culture, all ages, and every gender, afflicting anyone who is suffering from loneliness at any given time. However, research has recently confirmed that the misery surrounding loneliness may be doing more harm than expected. A study presented at EuroHeartCare 2018, the European Society of Cardiology's annual nursing congress, found a strong correlation between loneliness and premature death.

While this particular study examined subjects who had various heart problems and found that their condition was exacerbated by loneliness, other studies observed perfectly healthy patients who displayed a similar downturn in health when experiencing feelings of loneliness. An example of the latter type of loneliness negatively impacting health is known as the “broken heart syndrome”. This condition is recognized by symptoms such as intense chest pain and even possible heart muscle failure triggered by heartbreak, in otherwise healthy individuals.

According to Psychology Today, there are two distinct kinds of loneliness, known as social isolation (objective loneliness) and feeling lonely (subjective loneliness). Social isolation is just as it sounds—people in this category lack a solid network of support, including friends, family, or close connections. People who fall under the feeling lonely category, on the other hand, may appear to have healthy social contact, yet are actually lacking emotional or practical support. They feel isolated even though they are not literally alone.

Regardless of the type of loneliness, previous research published by Brigham Young University and Boston's Brigham and Women's Hospital found that there are risks associated with both kinds of loneliness. One study found that those subjects who scored low on indicators of social connection carried a similar health risk akin to smoking up to 15 cigarettes per day.

A second study that compared subjective and objective loneliness on 3.4 million participants found that both types can lead to a 30% increased risk of premature death, aligned with the recent European study. One of the lead researchers, Holt-Lunstad, noted that this risk is greater than that caused by obesity, physical inactivity, and air pollution.

Loneliness is also a risk factor for increased inflammation in the body, resulting from an innate defense mechanism, as shown by a study conducted at UCLA. It even has the ability to lower immune resistance.

In so many ways, loneliness manifests within to negatively impact both emotional and physical health. Various research has found that lack of social connection is linked to a higher likelihood of risky behaviors, like smoking, drug use, excessive drinking, and binge eating. There are also higher incidences of related conditions, such as depression. Meanwhile, people with positive social influences typically overall engage in healthier behaviors, like getting regular exercise, following good sleep habits, and getting routine checkups.

How to overcome loneliness

Like other mental health conditions, despite its prevalence and potentially devastating effects on health, loneliness still carries a stigma for some people, according to Psychology Today.  Some may be embarrassed to admit their carefully curated lives on social media aren’t as full as they may seem. Others fear being judged as “weak” or are in denial. However, experts say that acknowledging and accepting that loneliness is a real and valid condition is a must in order to make changes to move past it.

Further, there is not a quick, one-size-fits-all solution to combat loneliness. It requires effort, but it can be accomplished. Fear of social rejection is one of the biggest factors involved in loneliness, according to some social researchers, yet it must be confronted in order to take the first step. This fear is often a combination of feelings of inadequacy, self-doubt, or trauma. Psychologists often suggest engaging in some form of therapy, whether group or individual therapy, to address the underlying issues leading to loneliness. Cognitive behavioral therapy may also help.

Next comes evaluating current social interactions, and determining if they are fulfilling or lacking in genuine connection. As previously mentioned, someone can feel lonely amidst a room full of people or even in an unsatisfactory partnership. As a result, it comes down to making a personal valuation of whether the emotional support is adequate and nurturing. As noted in Psychology Today, feeling lonely in the absence of meaningful connections is normal. Recognizing this can be a powerful way of letting go of personal blame and shame. If existing connections are not emotionally fulfilling, it is time to create new social groups or circles that can help to fill that need.

Whether you, or someone you know, has feelings of loneliness, be sure to try some of the options above to combat those feelings and hopefully, preserve a healthful life.
#mental health