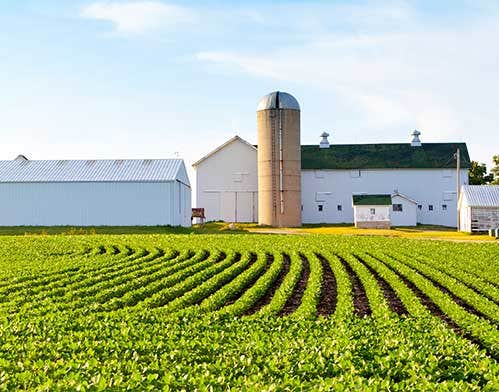 It’s about time that the truth is being told about the value of organic farming. More and more studies are coming to the fore to let people know what is really going on. Take, for instance, the idea that organic farming may just not cut it as far as creating enough food. It simply isn’t true—and studies are backing that up.

One of the arguments people have used to marginalize organic farming is that organic farming methods can’t produce enough food to feed the growing global population. That’s just not so. In fact, researchers from the University of Michigan have found that organic farming can yield up to three times as much food on individual farms in developing countries compared to low-intensive methods on the same land. The same is true for developed countries as well; organic farming produces just as much—and often times more—than conventional farming does.

Ivette Perfecto, professor at University of Michigan’s School of Natural Resources and Environment, was one of the study’s chief researchers, and she is pleased with the findings and what that means to the world of agriculture. She says, “We were struck by how much food the organic farmers can produce. My hope is that we can finally put a nail in the coffin of the idea that you can’t produce enough food through organic agriculture.”

That’s not the only good news from their research, however. Another key argument against organic farming is that there’s a lack of organically acceptable nitrogen sources. The findings blew that argument away, too. In addition to greater yields, the study’s authors found that these positive results could happen through existing quantities of organic fertilizers—without putting more farmland into production. Specifically, the researchers found that cover crops plowed into the soil between growing seasons offered enough nitrogen to replace synthetic fertilizers.

That’s nothing short of amazing, but it’s not really surprising, and more and more people are finding out the benefits of organic farming.

Not only were Perfecto and her team delighted at the outcomes—that organic farming is less harmful to the environment, while producing multiplied amounts of food—but they also saw this as a beacon of hope for developing countries. Farmers in developing countries must often supply their own food because it’s difficult, if not impossible, to deliver food from the outside. Organic farming could boost their yields in highly significant ways, while also providing nutritious foods without the pesticides, herbicides and other detriments of conventional agriculture.

Speaking of conventional agriculture . . . the truth is that it is packed with chemicals, causes greenhouse gas emissions, increased pest resistance, loss of diversity and soil erosion. For example, fertilizer runoff from conventional agriculture is implicated in creating what’s called “dead zones,” or low oxygen areas in which marine life can’t survive. Organic farming, however, doesn’t have these devastating effects.

Perfecto called out all the naysayers about organic, concluding how conventional farming interests have put a negative, untruthful spin on organic farming. She said, “Corporate interest in agriculture and the way agriculture research has been conducted in land grant institutions, with a lot of influence by the chemical companies and pesticide companies as well as fertilizer companies—all have been playing an important role in convincing the public that you need to have these inputs to produce food.”

Then she drives the point home. She says the idea that people would go hungry if farming went organic is “ridiculous.”

The truth is that organic farming outperforms conventional/chemical farming, and it's the very reason organic family farms should be supported.