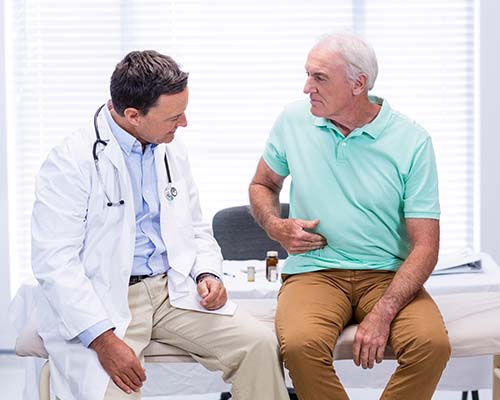 What is the pancreas?

When most people think of the systems of the body that help regulate digestion and hormones, the pancreas is likely not the first organ that comes to mind. However, the pancreas plays a major role in both of these areas of health. The pancreas is responsible for producing digestive enzymes that help break down foods in the intestine, as well as producing hormones that support and regulate blood sugar levels, according to the U.S. National Library of Medicine. As a result, this singular organ serves as two glands in one, a digestive exocrine gland as well as a hormone-producing endocrine gland, reports EndocrineWeb.

Why is pancreatic health so important?

Healthy digestion is vital for the absorption of vitamins and nutrients in food, and properly balanced glucose levels are vital for well-being throughout the body. These levels are especially important for maintaining proper functioning of the liver, kidneys, nervous system, cardiovascular system, and the brain, according to Healthline. While it is possible to live without a pancreas, developing diabetes is common. The condition then often becomes difficult to manage, as the body becomes completely reliant on artificial insulin and digestive enzymes for survival, according to Medical News Today.

Acute pancreatitis, an inflammatory condition, comes on suddenly, and is usually associated with severe upper abdominal pain that can last several days. Fortunately, full recovery is common. Chronic pancreatitis, on the other hand, develops gradually and can lead to health complications such as diabetes.

Pancreatic cancer is known as the fourth most common type of cancer-related death in men, and the fifth leading cause in women. There are over 37,000 new cases per year in the United States. Pancreatic cancer is not only often symptom-less in its early stages (making early diagnosis difficult), but it is also resistant to many common treatments such as chemotherapy and radiation therapy, according to the National Pancreas Foundation.

What are signs and symptoms of pancreas problems?

Symptoms of acute pancreatitis may include upper abdominal pain that radiates into the back, swelling and tenderness in the abdomen, nausea and vomiting, fever, and elevated heart rate, reports WebMD. Chronic pancreatitis symptoms may also include upper abdominal pain, nausea and vomiting, as well as excessive thirst and fatigue, shortness of breath and unexplained weight loss, according to Healthline.

How are pancreas problems diagnosed?

A healthcare provider will usually start with a full history of symptoms, including a physical. Given the location of the pancreas, there are several ways to test and diagnose pancreatic problems, including blood tests, CT scan, ultrasound, and MRI, according to WebMD. Blood tests check for abnormally elevated levels of pancreatic enzymes, and various imaging tests can check for inflammation and blockages in the pancreatic duct or bile duct.

According to the National Pancreas Foundation, the leading cause of both acute and chronic pancreatitis in the United States is chronic alcohol consumption. Other causes can include cystic fibrosis, hereditary disorders of the pancreas, certain medications, autoimmune disease, infections, trauma, metabolic disorders and surgery, says WebMD.

How to naturally support pancreatic health

While some risk factors that can lead to pancreatic disorders cannot be avoided, following a healthy lifestyle can help support overall well-being plus lower the risk, suggests Healthline.