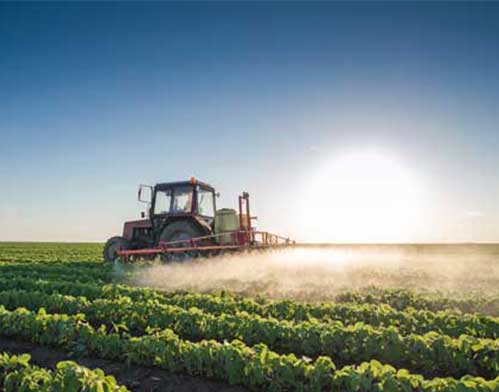 When it comes to pesticides, most people are familiar with DDT. It was one of the first chemicals used widely as a pesticide. After World War II, it was seen as a wonder chemical that could take care of pests small and large. It was so popular that, at one point, the U.S. was producing 220 million pounds of DDT a year. In the 1960s, however, DDT was found to be toxic to humans and wildlife alike and to persist in the environment for years following application. In 1972, the EPA put out a nationwide ban on DDT, although other countries in the world still use it.

After DDT was banned, however, the next pesticide embraced was Methoxychlor, which had a shorter half-life than DDT and was promoted as a “safe” alternative to DDT. It, too, was found to not be safe and was banned in our country in 2003. However, that’s not the end of the story. A ban only ends the production of the chemical, but any privately owned stocks of the chemical can still be used—meaning that banned chemicals can take years to be completely phased out. And Methoxychlor is still widely used in Mexico and South American countries, where the U.S. gets a lot of its produce. In fact, Mexico is the second largest provider of agricultural products in the U.S.

But that’s not all. Newer research points towards exposure to this pesticide causing diseases three generations later in offspring who were not ever exposed to the pesticide, according to researcher/biologist Michael Skinner and his team at Washington State University.

They found that if a rat fetus was exposed to Methoxychlor during the first trimester of pregnancy, then the likelihood of kidney disease, ovary disease and obesity in their offspring was increased for three generations. Multiple diseases, the researchers found, were even more prevalent in the third generation than in the second generation. In short, their findings suggest that the children, grandchildren and great-grandchildren of a woman exposed to Methoxychlor may suffer the consequences.

That’s not the kind of gift that keeps on giving that you want for your children, grandchildren or great grandchildren.

This isn’t the first time Skinner has been studying the generational effects of pesticides. In the past, his findings have identified generational epigenetic disorders resulting from toxins, including PCBs and DEET, through up to six generations. Epigenetics, by the way, are what decide which genes are turned on and off and when. In most of Skinner’s findings of the past, the problem was found to be altered epigenetics in the sperm. However, with his newest findings with Methoxychlor, it was the egg that had the damaged “epigenetic signature.” When epigenetics are tampered with, it can lead to a variety of diseases, especially obesity and those directly affecting the reproductive system and the kidneys.

Skinner explains, “If the sperm or the egg has an altered epigenetic signature that is being used to develop the early embryo, those signatures are transferred to the embryonic stem cell, which can turn into any cell in the body. Because of the altered epigenetics, every cell in the body will have an altered expression of genes, and therefore so will every tissue. If the tissue is a type that is sensitive to small changes, to what genes are turned off and on, it will be susceptible later in life to disease.”

Pesticides already have known health threats, but the far-reaching generational effects can be disastrous. That’s all the more reason to choose and consume organic, non-GMO foods and products.

This information is intended for educational and informational purposes only. It should not be used in place of an individual consultation or examination or replace the advice of your health care professional and should not be relied upon to determine diagnosis or course of treatment.
#Genes , #Organic , #Pesticides