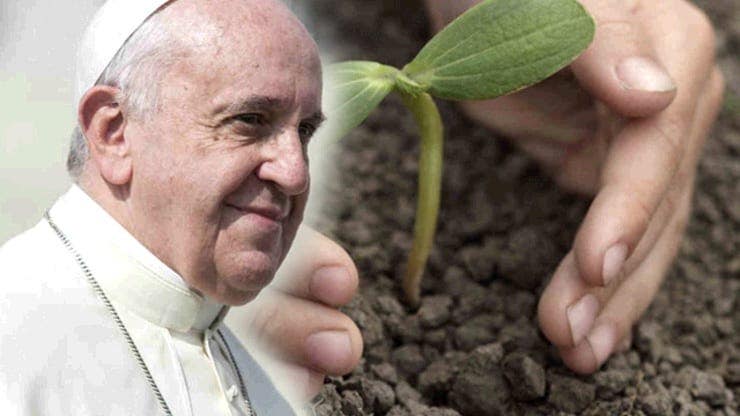 We are seeing an ever-growing rejection of genetically modified foods. And now there’s support for the anti-GMO movement from Pope Francis. In discussing GMOs, the Pope was recently quoted as stating, “It is difficult to give an overall judgment on the development of genetically modified organisms (GMO), plant or animal, for medical purposes or in agriculture, since they can be very different and require different considerations.”

He further states, “Although we do not have definitive evidence about the damage that transgenic cereals could cause to humans, and in some regions their use has produced economic growth that has helped solve some problems, there are significant problems that should not be minimized. In many areas, following the introduction of these crops, there has been a concentration of productive land in the hands of the few, due to the gradual disappearance of small producers, who, as a consequence of the loss of cultivated land, have been forced to retreat from direct production. The most fragile among them become temporary workers and many farm workers migrate to end up in miserable urban settlements. The spread of these (GM) crops destroys the complex web of ecosystems, decreases diversity in production and affects the present and the future of regional economies.”

Pope Francis seems to have a broad perspective as it relates to the wide-ranging issues surrounding GMOs. Well beyond the concerns related to the actual genetic modification of the seeds themselves, the use of GMO seeds paves the way for ever-increasing use of environment threatening herbicides that may now, according to the World Health Organization, increase the risk of various forms of cancer in humans. And this is one of the most powerful arguments in favor of supporting non-GMO products.