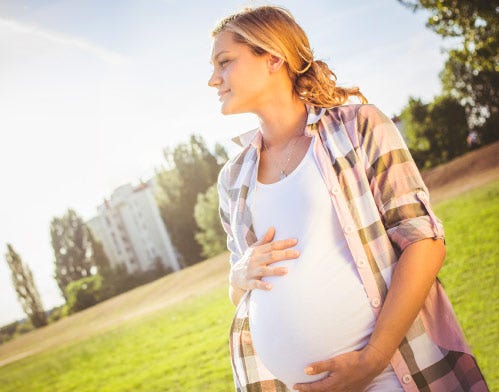 It has been only recently that we have embraced a dramatic shift in our perception of bacteria and the role that they play in terms of human health. Far from being the agents of infectious diseases, by and large, we now recognize that most of the bacteria that live within us are actually supporting our health.

There’s an astounding amount of research being published these days revealing the important role of probiotic gut bacteria in terms of regulating our blood sugar, controlling inflammation, stabilizing our immune systems and even producing various brain chemicals that affect our mood from moment to moment.

And perhaps nowhere is the research more exciting than in the areas of prenatal and postnatal health. How exciting and indeed empowering it is to embrace the notion that the health and diversity of the organisms living within the mother’s intestines (her microbiome) have a profound role to play in terms of the health outcome of her baby.

There are several important mechanisms that relate fetal development to the health and diversity of the mother’s gut bacteria:

It is for these reasons that there has been such an explosion in research looking at the health benefits of prenatal prebiotic supplementation for both Mother and Baby. And this research is turning up some important evidence showing that mothers taking specific probiotics during pregnancy have babies that have a sizable reduction in their risk for some common childhood issues, such as allergies and eczema. As Australian researchers recently reported in the journal Diabetes and Pregnancy, “Probiotic supplementation could help to regulate the unbalanced microflora composition observed in obesity and diabetes. . . There are indications for a protective role in preeclampsia, gestational diabetes mellitus, vaginal infections, maternal and infant weight gain and allergic diseases.”

Probiotics are a safe and effective way of enhancing the diversity and health of the microbiome in pregnant women. Probiotics given prenatally are an important way for mothers to safeguard their health during their pregnancy as well as the health of their babies.

Oral probiotics are safe during pregnancy and should be continued through lactation as well. Research into the effects of oral probiotics in terms of health benefits conferred to the baby through breast milk are in their early stages, but the results that have been revealed in animals are very compelling. Healthier moms make healthier breast milk, and probiotics are certainly one important way for lactating women to remain healthy.

Finally, it’s always important to recognize that, while probiotics are an effective way to enhance the health of the gut bacteria, prebiotic fiber also nurtures the good probiotic organisms that are already present. So, in addition to a good probiotic supplement, women should consider adding a good prebiotic supplement to their daily regimens during pregnancy as well as during lactation.

This information is intended for educational and informational purposes only. It should not be used in place of an individual consultation or examination or replace the advice of your health care professional and should not be relied upon to determine diagnosis or course of treatment.
#Probiotics , #Dr. Perlmutter , #microbiome , #Pregnancy