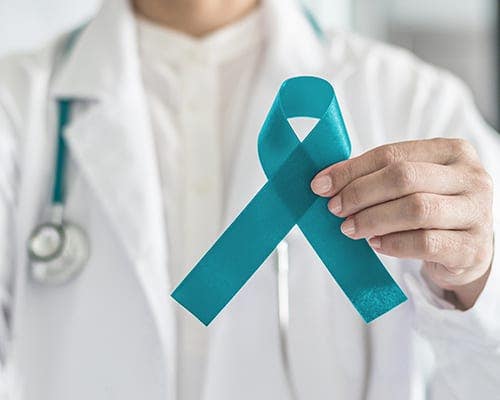 For quite a long time, ovarian cancer has been dubbed alongside heart disease as “the silent killer”, as symptoms of both conditions can be mild and easily mistaken for other benign conditions. Early stage symptoms may be as common as gastrointestinal upset, therefore making detection especially difficult. According to The American Cancer Society, an estimated 22,240 women will receive a new diagnosis of ovarian cancer, and 14,070 women will die from ovarian cancer annually.

Healthcare experts at UC San Diego Health, among others, are trying to emphasize the importance of symptom recognition and early detection. Currently, only an estimated 20 percent of ovarian cancers are found at an early stage. However, if detected and treated early, there is a 92 percent chance of a five-year survival.

What are some of the symptoms of ovarian cancer?

Ovarian cancer may not present any noticeable symptoms, especially in its earliest stages. Indications may also be non-specific, says the Mayo Clinic. Some signs and symptoms to watch for may include:

Additional symptoms may include persistent urinary urgency, pelvic pressure, and pelvic pain, according to UC San Diego Health. Often, these symptoms seem insignificant and may be misattributed to age-related problems, like constipation or indigestion.

What are the risk factors and causes of ovarian cancer?

Ovarian cancer accounts for more deaths than any other cancer of the female reproductive system. Over the course of a woman’s lifetime, the risk of ovarian cancer is about 1 in 78, reports the American Cancer Society. Yet, its exact causes are unknown. However, certain factors increase the risk for ovarian cancer, reports the Mayo Clinic.

Ovarian cancer is also more prevalent with increased age, typically with diagnosis in the mid-60s. White women are at a higher risk for ovarian cancer than African-American women. Estrogen hormone replacement therapy, particularly long-term and high-dose use, also increases the risk.

In addition, the age when menstruation started and ended can even be a risk factor. Early menstruation as well as entering menopause at a later age (or both) can possibly increase the risk of ovarian cancer.

How is ovarian cancer diagnosed?

Typically, a complete pelvic exam is the first initial screening for ovarian cancer. Then, the two most commonly used tests are transvaginal ultrasound (TVUS) and the CA-125 blood test, according to The American Cancer Society. Imaging tests and CT scans may also be used, although any mass detected cannot be confirmed cancerous without a biopsy. A gynecologic oncologist should then be consulted following any suspicious initial testing.

What are the treatments for ovarian cancer?

Generally, surgery is done to remove the cancerous tissues. Chemotherapy is often used in conjunction with surgery, says the CDC. Many patients will also utilize complementary therapies to help not only fight the disease, but relieve stress and alleviate side effects like pain, fatigue, and nausea, says the National Ovarian Cancer Coalition. Some complementary therapies may include acupuncture, yoga, meditation, massage, herbal medicine, and more.

Other patients may decide that they wish to forgo conventional surgical and chemo treatment, and instead treat solely with alternative medicine. It is important to carefully review and evaluate the risks and benefits of whichever treatment method is chosen, and to discuss with a trusted doctor.

What can help reduce the risk of ovarian cancer?

As with any cancer, there are no guaranteed ways to completely prevent ovarian cancer. However, there have been some factors that have been shown to help lower the risk.

Women who have given birth and breastfed for a year or more may have a modestly reduced risk of ovarian cancer, suggests the CDC. For women with a family history of gene mutation, early testing may be a consideration. Birth control pills are often another suggested way to help lower the risk of ovarian cancer (though they have their own risks which must be considered).