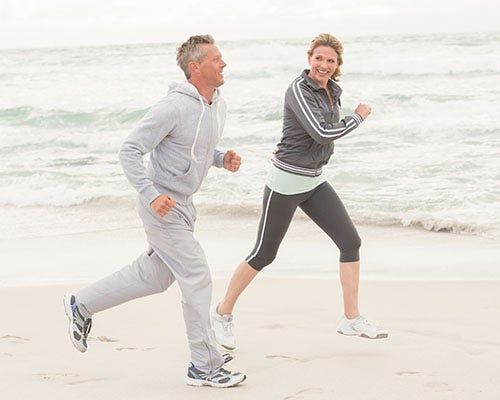 Strokes are undoubtedly a scary medical concern for many, afflicting more than 795,000 people annually in the United States, as reported by the CDC. The vast majority of these strokes, about 610,000, are first time occurrences. Overall, nearly 90 percent of all strokes are classified as ischemic strokes, in which blood flow to the brain is blocked.

There are many contributing factors that can lead to stroke, but strokes occur when the blood supply to the brain is interrupted or reduced, as stated by WebMD. These causes can include a blocked artery (leading to the most common type of stroke, an ischemic stroke) or the leaking or bursting of a blood vessel (hemorrhagic stroke). Other people may experience only a fleeting disruption of blood flow to their brain (transient ischemic attack, or TIA).

Both lifestyle and medical factors can increase the risk of stroke, but fortunately there are ways to make modifications and manage the conditions associated with the increased risk. Obesity, limited physical activity, heavy alcohol consumption and smoking are some of the causes within the realm of control to change and help decrease the chances of stroke.

High blood pressure, diabetes, sleep apnea and cardiovascular disease are some of the most common medical risk factors for stroke, according to WebMD. Therefore, it is important to monitor and help properly manage these conditions with the help of either conventional or natural medicine.

Further, there are some additional factors associated with a higher risk, including family history of stroke and being above the age of 55.

Immediate medical attention is crucial when a stroke is thought to be occurring to help mitigate long-term effects and even prevent death, according to the American Heart Association (AHA). The American Stroke Association, in collaboration with the AHA, developed the F-A-S-T acronym to help quickly identify the signs of a stroke. These include:

F – Facial drooping. Occurs when one side of the face appears to droop or feels numb. Ask the person to smile. Is the person's smile uneven or lopsided?

A – Arm weakness. Assess to see if one arm feels weak or numb, or is unable to be raised.

T – Time to Call 9-1-1. If any of the above symptoms are present (even if they go away), call for emergency help. Time is of the essence, as is noting the first onset of symptoms, which can help paramedics to best assess the patient.

Sometimes, additional symptoms may present suddenly that can be indicative of stroke, including confusion, paralysis or weakness of a single leg, visual difficulty with one or both eyes, loss of balance or coordination, dizziness, and severe headache with no known cause, according to WebMD.

As previously mentioned, there are many lifestyle influences that are controllable risk factors. If modified, they often can have a significant impact on reducing many medical risk factors, according to the National Stroke Association.

Following a balanced diet that helps maintain a healthy weight is a key component to helping lower the risk of stroke. This includes eating plenty of fresh fruits and vegetables, whole grains, lean proteins and healthy fats. Obesity and excess weight strains the entire circulatory system, increasing the likelihood of high cholesterol, high blood pressure, and diabetes, all of which can intensify stroke risk.

In addition, physical activity is not only a major modifiable risk factor for lowering the risk of stroke, but it also helps reduce the occurrence of many other diseases and health conditions that can lead to stroke, such as high blood pressure and heart disease. Regardless of gender, people who are physically active before a stroke have less severe problems and recover better, compared to those who didn't exercise prior to their stroke, according to a study published in Neurology.

A study reported in the Journal of the American Medical Association found that moderate exercise such as daily brisk walking for 30 minutes can reduce the chance of stroke in women by up to 30 percent. A separate study, published in the American Heart Association publication Stroke, found that men require more vigorous activity. It found that men who exercised at higher intensity at least four times weekly reduced their stroke risk by 20 percent.

Managing stress is also necessary for overall well-being as well as reducing the threat of a stroke, as a 2008 study published in Neurology found a direct correlation between high stress levels and greater risk for stroke. Yoga and meditation are proven ways to help reduce stress.
#brain health