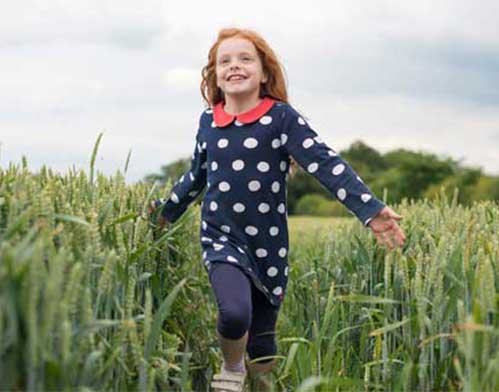 The average American eats nearly a ton of food yearly, and what we’re eating isn’t impressive: a lot of sweeteners—about 141 pounds of sweeteners, including 42 pounds of corn syrup (from pesticide-laden corn); potatoes (which has been listed among the “dirty dozen” most pesticide-ridden foods, based on USDA and FDA data); corn (each ear of corn is said to contain an average of three systemic pesticides—a newer class of pesticides, some that are genetically grown into the plants, with no amount of washing to remove the pesticides); grains (again, packed with pesticides); and dairy, including ice cream and cheese, which are also noted for their pesticide content.

The bottom line is that not only are these not the most nutritious choices to make in general, but they’re also often filled with pesticides, oftentimes multiple pesticides.

In fact, pesticides cover most, if not all, conventional foods—including even the seemingly “good for you” foods such as conventionally grown spinach which has been found to have up to 48 different pesticides on it, including five known or probable carcinogens.

Why all the pesticides in our food?

In the U.S., pesticides are treated as “innocent until proven guilty” by regulations and are regulated one chemical at a time, which, unfortunately, doesn’t take into consideration a combined, cumulative effect that multiple chemicals/pesticides can have. For instance, while the EPA sets limits on the maximum amount of each pesticide that can be on food items, there’s no limit to the number of different pesticides that can be on food or the total amount of contamination—and chemicals can have synergistic effects, even at very low levels.

What’s even more disturbing is that we don’t need pesticides to grow food. Even back in 2007, organic farmers in the U.S. produced more than $20 billion in pesticide-free food. Organic farming has a 20 percent annual growth rate, making it among the fastest growing agricultural sector. Crazier still is that only 0.1 percent of applied pesticides reach their target pests, according to Cornell entomologist David Pimentel. You can guess where the other 99.99 percent of pesticides goes.

Yet, our conventional food supply is still overflowing with pesticides, including the newer form of systemic pesticides that permeate the plant from root to tip.

And while pesticides are health-threatening for everyone, kids often get the brunt of the effects since, pound-per-pound, kids eat 3 to 4 times more food than adults do. In fact, the Environmental Working Group (EWG) says that more than a quarter of a million American children ages one through five eat a combination of 20 different pesticides each day, while more than one million children ages one through five eat at least 15 pesticides on any given day. Likewise, 20 million children five and under eat an average of eight pesticides a day—every day—which translates into 2,900 pesticide exposures per child per year just from their food alone.

But get this: within days of switching to organic foods—especially veggies and fruits—pesticides clear from kids’ bodies to undetectable levels. It’s no wonder, either, since Certified USDA Organic foods are, by definition, free of harmful pesticides, GMOs and much more.

The same applies to adults, who, as mentioned earlier, on average, eat a ton of food each year, which can be riddled with an abundance of pesticides and other toxins.

Now that’s a ton of reasons to switch to eating Certified USDA Organic.

This information is intended for educational and informational purposes only. It should not be used in place of an individual consultation or examination or replace the advice of your health care professional and should not be relied upon to determine diagnosis or course of treatment.
#children , #Organic , #Pesticides