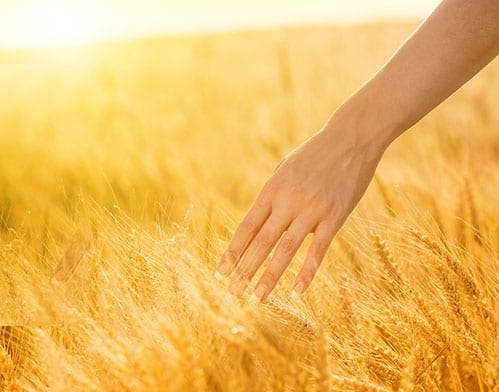 Gluten can be a problem for many, and most people think of gluten and how it affects the gut. For example, celiac disease, an autoimmune response to gluten in which the body’s immune system attacks the lining of the small intestine, can cause intestinal damage, bloating, diarrhea, constipation, weight loss, malnutrition and other problems. Celiac disease affects many Americans, too, since 300,000 or so people have been diagnosed with it, while as many as two million may have it but don’t realize it.

For those with celiac disease and those with non-celiac gluten sensitivity, even small amounts of gluten can set them off, so they must avoid it altogether. That sounds easier than it is, too, since gluten is in everything from most breads, cereals, pastas, pizzas to conventional frozen veggies, soy sauce and even many medications as well as stamps, lipsticks and much, much more.

And when gluten attacks the gut, it’s bad. However, gluten can also attack other bodily organs.

For instance, when gluten targets and attacks the skin, it’s called dermatitis herpetiformis, and results in an itchy rash. Gluten may also take aim at the brain in something called gluten ataxia, a neurological condition that results in loss of balance and coordination. Gluten ataxia damages the cerebellum of the brain, which serves as the “balance center” of the brain controlling coordination and complex movements such as walking, speaking and swallowing. It is thought that the Purkinje cells in the cerebellum—key to balance maintenance—are lost with gluten ataxia.

Marios Hadjivassilou, M.D., a neurologist at Royal Hallamshire Hospital in Sheffield, England, explains, “It’s best to describe gluten ataxia using the term gluten sensitivity because it takes one away from the misconception that you must have celiac disease to have any of these diverse manifestations.”

The bottom line is that gluten sensitivity and celiac disease can be more systemic in nature, not just gut-related, since there are often neurological symptoms, such as ataxia as well as numbness and tingling in the hands and feet (peripheral neuropathy).

There can be other fallout from the effects of gluten, including epileptic seizures, particularly in children, as well as migraines, brain atrophy and dementia, says Peter H.R. Green, director of the Celiac Disease Center at Columbia University. Green is also the author of Celiac Disease, a Hidden Epidemic. That’s why many have chosen to avoid gluten. Because when gluten attacks, it can be attack more than your gut.

This information is intended for educational and informational purposes only. It should not be used in place of an individual consultation or examination or replace the advice of your health care professional and should not be relied upon to determine diagnosis or course of treatment.
#Gluten Free , #brain health , #Gluten , #Gut Health