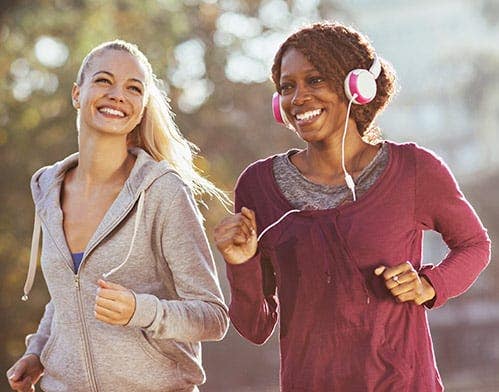 It’s a stunning statement, but the findings of a 2010 meta-analysis of 148 mortality studies which were published in PLoS Medicine found that the mortality risk associated with lack of a strong social network could have similar health effects as smoking up to 15 cigarettes a day or consuming more than six alcoholic drinks daily.

Obviously, these findings point towards the importance of a strong social network—friends—on a person’s health, but the “friend factor” is not often highlighted as a health determiner.

It’s time to take a closer look at how good relationships with friends (and family members who also function as friends) can help determine health because not only do friends make life more enjoyable, they can also play roles in health, well-being and survival.

For example, researchers have collected data from four large studies which they’ve been following for decades—on the physical and mental well-being of thousands of Americans aged 12 to 91. For teens, being popular with a lot of friends protected them from becoming overweight, especially gaining weight in the mid-section. On the contrary, for older adults, social isolation was nearly as much a risk factor for developing high blood pressure as having diabetes was.

Kathleen Mullan Harris, professor of sociology at the University of North Carolina, led the research, which was published in Proceedings of the National Academy of Sciences. She said, “These findings add support for the theory that social integration buffers the daily stresses that we all experience [by] having people to talk to, share experiences and the hassles of everyday life with. When we are socially isolated and don’t have this buffer, we may have higher levels of stress hormones in the body such as adrenaline that breaks down the body and biological systems.”

Harris adds, “Research has piled up over the years suggesting that loneliness can kill. Social isolation has been linked with 30 percent higher risk of early death. It has also been associated with higher risk of diseases ‘across the board,’ such as heart disease, stroke and cancer.”

You see? Having a strong social network—good friends—can truly make a difference in your health. Perhaps Charles Caleb Colton summed it up best, saying, “True friendship is like sound health; the value of it is seldom known until it is lost.”

That said, be sure to show a little extra appreciation for the good friends in your life because they most likely are boosting your health.