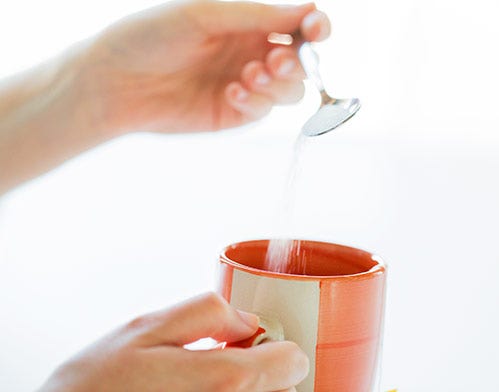 It sounds ironic, but one of the world’s most popular non-caloric sweeteners, sucralose, was found to have a diabetes-promoting effect in those who use it—even though it’s been touted as a safe, non-nutritive sweetener for some time now.

A study in the journal Diabetes Care says that the sweetener, which is marketed as a harmless sugar alternative to consumers, including those who are diabetic, can actually help pave the way to diabetes.

Here’s what happened: scientists from the Center for Human Nutrition at the Washington University School of Medicine in St. Louis, Missouri, discovered this after they evaluated the metabolic effects of sucralose on a group of obese participants who did not consume artificial sweeteners at the beginning of the study.

Then each of the participants was given sucralose or control water 10 minutes before having a five-hour glucose tolerance test. At the close of the trial, the participants who took sucralose had noticeable changes in terms of insulin production, circulating insulin levels and in their bodies’ sensitivity to insulin.

As if messing with blood sugar were not enough, sucralose is also linked to gastrointestinal upset, migraine headaches and other damage.

Interestingly, according to information from GreenMedInfo.com, the discovery of sucralose was accidental, since pesticide researchers came across it after noting that it is a close relative to the banned pesticide DDT.

No wonder it’s wreaking such havoc on health—in everything from blood sugar, digestive health, headaches, in the environment and much more.