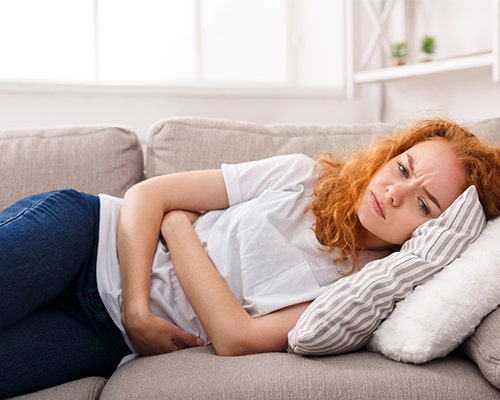 There are many female health issues that garner major attention in the headlines, from breast cancer to menopause. However, many conditions can also have a serious impact on a woman’s health that are not nearly as widely known or discussed – as in the case of fibroid tumors. While most fibroid tumors are benign (non-cancerous), it is estimated that up to 80 percent of women will develop fibroids at some point in their lives, according to the National Institutes of Health. Fortunately, doctors and other health experts are becoming better attuned to handling fibroid tumors.

What are fibroid tumors?

Fibroids, often referred to as uterine tumors, are made up of smooth muscle cells and fibrous connective tissue that join together to form a fibrous "knot" or "mass" within the uterus, according to WebMD. Fibroids are further categorized based on their location, including submucosal (underneath the uterine lining), intramural (between the muscles of the uterine wall), or subserol (extending beyond the uterine wall into the pelvic cavity).

Fibroids are the most common tumors of the female reproductive system, as reported by UCLA Health. They vary greatly in size, ranging from as small as a seed to as large as a grapefruit, which can distort the uterus. In addition, fibroid tumors can be a single tumor or there can be many present. Given this great variance, many women often are unaware that they even have a fibroid (or several), until they grow to become large enough to cause symptoms.

The exact cause of fibroids remains unknown, but risk factors most commonly include hormone fluctuations and heredity, according to the National Institutes of Health. It has been found that Black women have a greater risk for fibroids than women of other racial groups, cites the Mayo Clinic.

Environmental or other factors such as obesity, vitamin D deficiency, poor diet, and alcohol consumption also appear to increase the risk of developing fibroids.

What are symptoms of fibroid tumors?

Since the majority of women with small tumors are asymptomatic, it usually isn’t until symptoms appear that a woman may be evaluated and discover that she has fibroids. According to the Mayo Clinic, symptoms may include:


In addition, some studies suggest that fibroids may impair fertility and be linked to recurrent miscarriages.

How are fibroid tumors diagnosed?

What treatment options are available for fibroid tumors?

There are many different points to consider when evaluating treatment options, as every woman’s situation is unique. A doctor or trusted health professional will likely factor in whether or not there are uncomfortable symptoms present, the location and size of the fibroid(s), age and proximity to menopause (since fibroids have been known to stop growing or shrink upon menopause), and if future pregnancy is a consideration, reports the NIH. Many women who do not display symptoms choose not to engage in treatment, but rather instead have routine exams to monitor tumor growth and changes.

Further, like most health conditions, a holistic approach to health is often the best treatment, taking into consideration natural and conventional methods. Both traditional doctors as well as naturopaths will often recommend following a healthy lifestyle, including eating a balanced diet and avoiding foods that promote excessive estrogen production, such as non-organic foods, dairy, sugar, alcohol, caffeine, refined carbohydrates and soy products. Exercising and maintaining a healthy weight are also important.

Hormone therapy is a popular non-surgical option, and research has shown that hormonal control can help manage fibroids, notes UCLA Health. Treatment may include gonadotropin-releasing hormone agonists (GnRH agonists), as well as progestin.

For women suffering from moderate to severe symptoms, surgery may be the best option. A more conservative surgical therapy called myomectomy can remove the fibroid(s), leaving the uterus intact. Uterine fibroid embolization is another newer minimally-invasive procedure that can help shrink large fibroids. Hysterectomy is often now viewed as a last resort for fibroid treatment, and involves surgical removal of the entire uterus.

So just be aware of the symptoms of fibroids and if you suffer from any of them, be sure to see your healthcare practitioner.
#Women's health