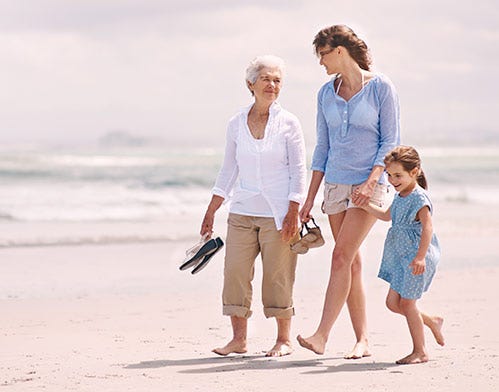 With summer officially just around the corner, days are getting longer and the desire for seeking sunshine and spending time outdoors grows stronger. Unfortunately, one of the season’s biggest pleasures can also be one of the most dangerous, as ultraviolet (UV) radiation from the sun is still one of the top contributing causes of melanoma skin cancer. While melanoma is not the most common skin cancer, it is the most deadly, according to The Skin Cancer Foundation. Therefore, prevention and early detection are of critical importance.

What is Melanoma & What Causes It?

Melanoma (also called malignant melanoma) is a type of skin cancer that develops in the melanin, or pigment-producing cells known as melanocytes. These melanocyte cells are found in the innermost layer of the epidermis, the top layer of the skin. Melanoma occurs when the pigment-producing cells that give color to the skin behave abnormally, grow excessively, and become cancerous, according to the Mayo Clinic.

Like many other cancers, the exact cause of melanoma is not always clear. A combination of factors, including environmental and genetic factors, as well as exposure to ultraviolet (UV) radiation from the sun as well as tanning lamps and beds, are believed to be the leading causes of melanoma. Additional risk factors for melanoma include having fair skin, a history of sunburn, 50 or more moles on the body, and a weak immune system, says the Mayo Clinic.

What are the Dangers of Melanoma?

In general, skin cancer is extremely prevalent. According to The Skin Cancer Foundation, every year there are more new cases of skin cancer than breast, prostate, lung and colon cancers combined. Melanoma can be fatal if not detected early because it often spreads to other areas of the body. Approximately 87,110 new cases of invasive melanoma will be diagnosed in the United States in 2017, and reportedly one person dies of melanoma every hour, says The Skin Cancer Foundation.

Signs and Symptoms of Melanoma

Melanomas can develop from existing moles or skin growths, but more often form as new growths. They can occur anywhere on the body, but are more commonly found on areas with high sun exposure, including the back, legs, arms and face, according to the Mayo Clinic. However, they can also develop on hidden areas such as the soles of the feet, under a nail, and on the palms of the hands. While rarer, melanoma can even develop in mucosal membranes.

For these reasons, it is especially important to regularly check existing moles and watch for new growths. A change in an existing mole as well as development of a new pigmented growth or flat mark on the skin are the two early signs of melanoma.

The Melanoma Research Foundation cites using the acronym ABCDE to help identify characteristics of unusual moles that may indicate melanoma or other skin cancers. While not intended to be all-inclusive, these ABCDE indicators are the same ones dermatologists use to classify melanoma and are vital for early detection of changes or new developments. They include:

How to Help Prevent Melanoma

While there is not a guaranteed way to avoid melanoma altogether, there are many preventative steps that can be taken to reduce the risk. Since UV radiation is a top contributor to melanoma, never go to tanning beds and avoid the sun during its peak intensity between 10 A.M. to 2 P.M.

Whenever in the sun, wear a sunscreen with a SPF of 30 or greater, along with a wide-brimmed hat, sunglasses, and ideally long pants and sleeves, suggests WebMD. Further, when spending any length of time outdoors, aim to stay in the shade. It is one of the best ways to limit UV exposure, says the American Cancer Society.

Check out our DIY sunscreen recipe.

It is especially important to regularly perform monthly at-home skin checks, monitoring for changes in existing moles as well as keeping an eye on any new developments, suggests the American Cancer Society. In addition, schedule an annual appointment with a dermatologist to check any areas too hard to detect personally, as well as to evaluate any suspicious lesions.
#Sun , #Skin Health