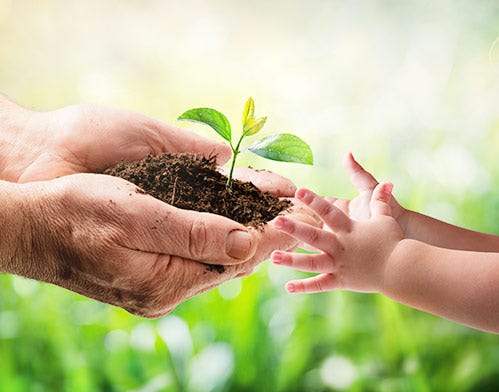 Saturday, April 22, 2017 marks the annual Earth Day celebration. It is not just a “tree-hugger” holiday reserved for the most dedicated eco-activists. Its reach extends to over 193 countries, where individuals and organizations alike come together to demonstrate worldwide support for environmental protection. Over one billion people now celebrate Earth Day, making it one of the largest secular observances in the world.

Earth Day was first initiated back in 1970 to bring global awareness to environmental concerns. Today, it is still an important reminder that the Earth is very fragile, and many of today’s actions can have significant consequences on the planet for future generations. Global warming and clean energy are two of the most prominent focuses of modern campaigns, with more and more people becoming aware of their own personal global footprint.

Since the initiation of Earth Day almost 50 years ago, there have been landmark accomplishments that might have never come to fruition without the recognition of the importance of sustainability and environmental awareness that the day provides each year.

Some of the accomplishments of Earth Day include:


There is still a long way to go in helping drive conservation and awareness efforts. Chemical pollution is still a significant problem, with U.S. factories alone responsible for releasing over 3 million tons of toxic chemicals into the land, air and water. Experts say that only 6% of the rain forest remains, down from 14%, and it is expected to be depleted in less than 40 years. 137 plant, animal and insect species are reported to be lost every single day due to deforestation.

However, Earth Day helps us all remember that even the tiniest efforts can help make a difference. For instance, walk or bike instead of using a car whenever possible, turn off the water while brushing teeth, recycle, and compost. And most importantly, encourage friends and family to spend time in green spaces to fully appreciate nature, and help preserve the natural beauty of the world.
#Earth Day , #Environment , #featured , #Holidays