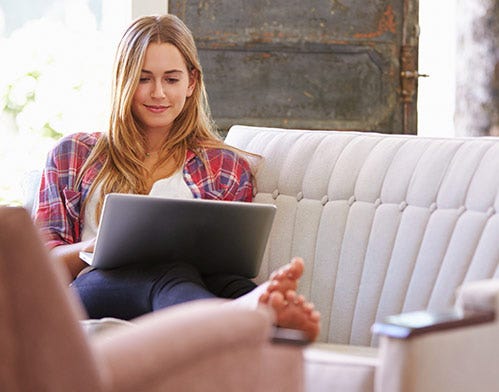 Many products today are designed with extra features intended to provide a positive purpose, such as in the case of flame retardants. Proposed to reduce the potentially devastating effects of accidental fires on consumers, properties, and the environment, flame retardants are commonly added to many household items. Furniture, TVs, computers, clothing, baby toys, plastic food containers, and many other goods made of highly flammable materials are often treated with a variety of chemicals to become flame retardant. Unfortunately, new research suggests that these chemicals are leeching out of the products and into the surrounding environment. They are then being absorbed into the body through the skin, inhalation of contaminated air, or by swallowing.

A recent study has found that two flame-retardant chemicals commonly used on many textiles and plastics, classified as organophosphates, are increasingly being found in people’s bodies. The study, led by Duke University, collected urine from over 800 adults and children. The samples showed that not only were organophosphates found in the urine, but the concentration increased from samples taken previously in 2002 and 2015. One of the study authors, associate professor of environmental ethics and sustainable environmental management Heather M. Stapleton, Ph.D., said animal testing has shown that exposure to these chemicals at high concentrations has potentially toxic outcomes.

While not all flame retardants are harmful, there is concern with these reports of possible harm and increased organophosphates concentration. Other studies, both human and animal, have identified adverse health effects of organophosphates, linking them to cancer, hormonal changes, and fertility problems, according to Consumer Reports. Previously in 2004, health concerns regarding pentaBDE, a commonly used flame retardant at the time, led to manufacturers eventually phasing it out.  It had been found in high concentrations in humans and was linked to health problems, and as a result, organophosphates became the replacement for pentaBDE.

A separate study, partially funded by the National Institutes of Health (NIH), found abundant levels of phosphate flame retardants (PFRs) in urine samples of a group of California residents. PFRs are often found in plasticizers and hydraulic fluids, solvents, adhesives, and coatings for electronic devices. While there is much less research available on PFRs, they are known to have widespread exposure, with potential health effects including carcinogenicity and neurotoxicity.

How to Stay Safe

With much potential risk of flame retardant chemical exposure, experts are questioning the benefits. Robin Dodson, Sc.D., a research scientist at the Silent Spring Institute investigating indoor air pollution, says much of the data for flame retardant furniture has even been minimal in proving efficacy in fire prevention.

When purchasing new furniture, be sure to check out its tags. Manufacturers are required to inform consumers whether furniture has been treated for flame retardant chemicals – although the law does not require specific identification of chemicals. Consider opting out of purchasing furniture with added flame retardants. Some fabrics are more naturally resistant to fire, including some polyesters, wool, and silk. Cotton and linen, on the other hand, ignite quickly. Also, do an inspection of any existing furniture in the household. If a couch or chair shows any exposed foam, repair it.

Removing dust can greatly help limit the exposure to flame retardant chemicals. As chemicals are released from furniture and other products and enter the air, they then can settle in dust on many household surfaces, which enter the body via inhalation or touch.  A 2016 George Washington University study found common household dust to contain 45 different chemicals, including flame retardants. Consider purchasing an air purifier, and use a vacuum with a HEPA filter. Regularly cleaning surfaces with a wet cloth or mop can also effectively reduce dust.

Both adults and children should practice frequent hand washing. This is not only for hygienic purposes but to avoid accidental ingestion of any dust, particularly before eating. Children are especially prone to putting their hands in their mouth or touching parts of their face, so it is important to remind young ones to wash often.

While it may not be possible to eliminate flame retardant exposure completely, taking steps to reduce contact can help maintain safer air and overall health.
#Chemicals , #cancer , #hormones