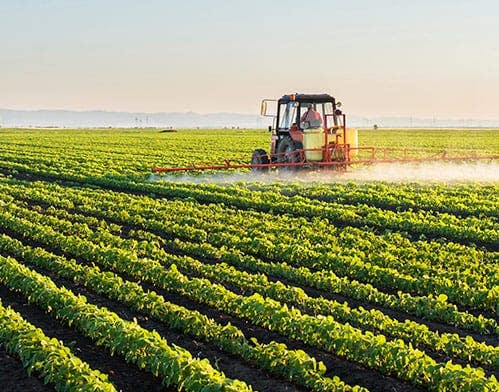 In the past, before our food became so processed and full of genetically modified organisms (GMOs), chemicals and other toxins, when people wanted to stay healthy or lose weight, then, typically, they ate the right amounts and combinations of their pure, chemical-free food and exercised more.

That was then, but this is now. There are over 700,000 processed foods on the market nowadays, making up approximately 70 percent of the average diet and ultra-processed foods constituting nearly 60 percent of that. But those processed and ultra-processed foods are filled with GMOs, chemicals, artificial ingredients, sweeteners and more. Even as recently as a few years ago, some 3,000 chemicals had been added to our food supply, while as many as 10,000 chemicals in the form of solvents, emulsifiers and preservatives are used in food processing and storage—chemicals which can remain in the body for years.

The Environmental Working Group (EWG) gives a conservative estimate that each American consumes nearly 190 pounds of genetically modified (GM) foods annually. Many believe that GMOs can have negative health effects, including allergies to the foreign allergens, increased antibiotic resistance as well as direct ingestion of pesticides and the damage they can cause, although others contend that there is no evidence that GMOs pose health problems. That's a debate that continues.

However, when people consume these foods, they can ingest chemicals and pesticides that have remained as contaminants accumulating in the food chain. There are now chemicals in and on our food which previous generations didn’t have to deal with and didn’t even know existed or couldn't even imagine their existence. But food and product labels do not list every ingredient—not by a long shot—so it’s difficult to know what’s really in your food (or not in your food), unless it’s labeled, such as Certified USDA Organic, which, by definition, means no GMOs or other such toxins.

Some of these chemicals in foods are endocrine disruptors called obesogens, which can contribute to weight gain. They can promote weight gain by altering the way a person feels hunger and by increasing a person’s fat cells. You can find them in additives, processed foods, the linings of cans, meat, fish and a host of other foods and products. These biochemical “forces” can act on the body, causing weight gain—and diet and exercise may not help much to combat them, unless those foods are removed from the diet.

Everyone is at risk for these endocrine disruptors’ effects, but children under age seven, pregnant women and those who are already overweight or obese are most at risk. Why? The more fat in your body, the more of them your body stores. They can adversely affect the entire body, but the liver, brain and fat cells are particularly affected. They can cause your liver to become insulin resistant, making your pancreas increase the amount of insulin it makes by driving energy into fat cells, quickly causing them to multiply and grow. Likewise, they block the signals to your brain that indicate you’re not hungry anymore, leaving you feeling hungry and not satiated.

High fructose corn syrup (HFCS), conventionally raised animals and fish, and even tap water can all carry a lot of obesogens. HFCS is everywhere, including cereals, condiments, sodas or even snacks. It can increase insulin resistance in the liver and cause you to crave even more HFCS, creating a vicious, unhealthy cycle. Conventionally raised and prepared animal products have these endocrine disruptors stored in their fat, and when those products are consumed by people, then they ingest them, too. If you consume animal products, then make sure they are organic and wild, not raised with antibiotics, hormones or other chemicals.

Tap water is often filled with the pesticides and other chemicals sprayed on crops, which can leach into the water table deep underground, and eventually into tap water. That includes drinking water as well as water you bathe in or shower with. It may be wise, therefore, to have your water tested and then take any steps necessary to make sure your water is suitable for drinking and other uses.

You’ll also want to watch out for phthalates, a family of chemicals that make plastics flexible. They can be filled with endocrine disruptors, too. Bisphenol-A, or BPA, is a chemical used in many plastics, and, even in trace amounts, has been linked to cancer and adult-onset diabetes.

As you can see, chemicals in food and plastics not only can promote weight gain, but they can also harm your health. So, when it comes to your food, choose and consume Certified USDA Organic to avoid those fat-boosting and health-harming chemicals.

This information is intended for educational and informational purposes only. It should not be used in place of an individual consultation or examination or replace the advice of your health care professional and should not be relied upon to determine diagnosis or course of treatment.
#Organic , #GMOs , #Chemicals , #Obesogens , #Food Additives