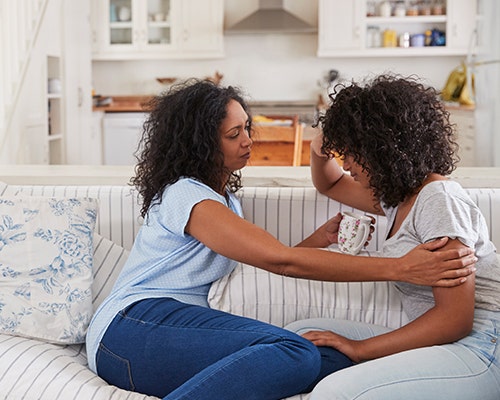 Everyone experiences feelings of sadness at some point in their lives, such as following a death, a failed relationship, job loss or some other disappointing event. For most people, these moods eventually pass, and life resumes. However, for people suffering from clinical depression, the sadness is often not linked to a single event, but is nevertheless overwhelming and all-consuming, making daily functioning difficult or impossible.

The National Institute of Mental Health reports that about 6.7 percent of adults in the United States have depression, and according to Healthline, women are twice as likely to have depression as men.

While many people are familiar with the psychosomatic characteristics of depression, fewer might realize the impact the disorder has on the health of the entire body. According to WebMD, depression can cause both emotional and physical symptoms.

Psychological symptoms of depression can include:


Besides the most obviously serious symptom of suicidal thoughts, these other psychological implications can make holding a job, interacting with family and friends, and performing daily tasks a challenge.

Physical manifestations of depression may include:


While dealing with the psychological symptoms of depression can be difficult enough, contending with stubborn somatic symptoms can compound the problem. WebMD explains that changes in the brain can affect other areas of the body because they are all interrelated to functioning of neurotransmitters, or the brain’s “messengers.” For instance, altered levels of serotonin common with depression can cause increased pain sensitivity, impair sleep and decrease sex drive.

Depression also increases levels of stress hormones such as cortisol or adrenaline, WebMD says, weakening the immune system and leading to increased vulnerability to colds, viruses, and infections.

Symptoms of depression like overeating can lead to binging on unhealthy foods, resulting in weight gain and obesity-related illnesses like type 2 diabetes, according to Healthline. More mild problems may include stomachaches, cramps or constipation.

Further, the impact depression has on the heart can even increase the risk of death. When stressed and depressed, heart rate and blood vessels constrict, which can lead to heart disease over time and greater risk of dying following a heart attack, according to Healthline. Cardiovascular problems are actually cited to be associated with depression more often than smoking, diabetes, high blood pressure or high cholesterol, according to Harvard Health.

While treating depression is undoubtedly a complex undertaking, the positive side is often that many symptoms both emotional and physical can resolve. Many experts agree that a holistic approach can help ensure the best results and long-term success. This often includes a combination of conventional and natural remedies. As prescription drugs can have negative side effects, alternative therapies may be tried first.

Many studies have found acupuncture to be an effective treatment method for depression, according to Psychology Today, Scientific American, and others. Interpersonal therapy has also been shown to a helpful treatment method, with some research suggesting it could be as effective as antidepressants in certain cases, according to the National Health Service (NHS). In the U.K., natural remedies and supplements, biofeedback, meditation and yoga have also become common treatment options backed by research, as part of a holistic plan.

Exercise of all forms has long been touted to have beneficial effects on mood and depression. The Mayo Clinic says exercise eases depression by releasing feel-good brain chemicals, including endorphins. Exercise also provides full-body benefits, relieving stress, improving memory and sleep, and boosting mood, as reported by Harvard Health Publications.

Recent research has even found a strong link to eating a healthy diet and managing depression. BMC Medicine published results from a study which found that moderate to severe depression was improved by eating a balanced, nutritious diet. For instance, a diet rich in serotonin-enhancing foods, include those high in omega-3 fatty acids (such as fish), healthy fats like coconut oil and avocado, and proteins high in tryptophan, like free-range turkey, can help, according to Psychology Today.

While the outlook for treating depression is optimistic, as marked by many different options for restoring comprehensive health of mind and body, depression is a serious condition that should be evaluated and monitored by a professional.
#Immune Health , #mental health , #heart health