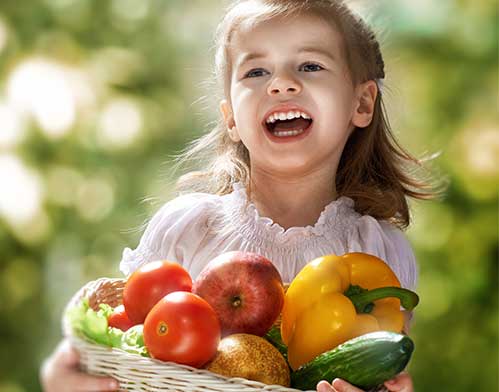 [vc_column css=".vc_custom_1501601884648{padding-right: 0px !important;padding-left: 0px !important;}"][vc_column_text el_id="text-content"]It’s nothing short of amazing. Just one week of eating mainly organic—that’s all it took to reduce pesticide exposure in adults by nearly 90 percent, says a first-ever study out of RMIT University. The research is the first to compare differences in pesticide residues in adults consuming organic vs. conventional food. The study was published in the journal Environmental Research.

But this is the first study aimed at an organic diet and its effects on adults. And this small-scale trial found that one week of eating mostly organic food reduced organophosphate pesticide levels in urine by 89 percent. More specifically, in this study, 13 participants were randomly chosen to consume a diet of at least 80 percent organic or conventional food for seven days and then switched to the alternate diet for another full week.

Then urinary levels of six metabolites of organophosphate pesticides (known as dialkylphosphates, or DAPs) were analyzed on the eighth day of each phase in this study. The mean level of total DAP metabolites after eating a diet of at least 80 percent organic food was 89 percent lower than the levels after eating conventional food.

Imagine what eating a 100 percent organic diet could do.

Unsurprisingly, studies have shown that there are concerns for health effects of these chemicals even at relatively low levels. Dr. Oates points out, “Pesticide exposure in adults is mainly through their diets, but there are other sources of exposure, so we wanted to find out the difference going organic could make. Our results show that people who switch to eating mainly organic food for just one week can dramatically reduce their exposure to pesticides, demonstrating that an organic diet has a key role to play in a precautionary approach to reducing pesticide exposure.”

Certainly, larger-scale studies need to be done, but this is a first study of many, hopefully. And it has had astounding results.

So, if you’re not eating organic already, then try it for a week—and then continue to eat organic. It has so many benefits.[vc_row el_id="video-content"][vc_column width="1/2"][vc_video link="
#Organic , #Pesticides