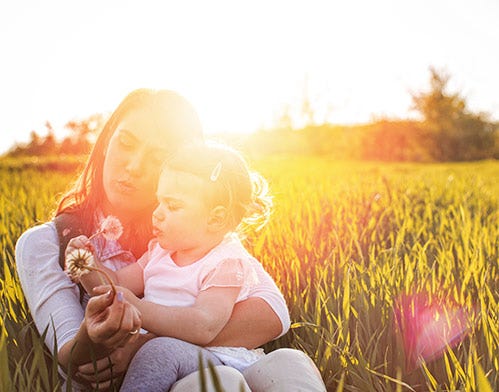 Being careful with your food is one of them. Melinda Wilkins, director of the online science master’s program in food safety at Michigan State University, notes, “Foodborne pathogens follow an annual cycle, and we tend to see peaks of them, especially bacteria, in the summer at picnics, potlucks and all the outdoor events.”

Take vibriosis, for instance, an infection caused by Vibrio bacteria (of the same family as cholera) which reside in some coastal waters and can proliferate during the warmer months from May through October. During these warmer months are when most of the cases of vibriosis occur—approximately 80,000 cases each year, with nearly 100 of them proving fatal. Approximately 52,000 of these cases come from eating contaminated food, such as raw oysters or undercooked seafood—which has become infected via the water they once lived in. Vibriosis can also occur when food is cross-contaminated with raw seafood or by rinsing foods with contaminated seawater. The bacteria can also affect the skin, leading to infection after contaminated water gets into an open wound or even a scratch.

The symptoms of vibriosis are nasty, too, including watery, sometimes bloody, diarrhea and abdominal cramps and can often include accompanying nausea, vomiting, fever, chills and headache—which can continue anywhere from one to seven days, but typically approximately two or three days. An infected wound, however, can appear red, swollen and painful.

The best way to avoid vibriosis is to thoroughly cook shellfish and also clean hands well after touching raw or undercooked seafood. Likewise, avoid going into seawater when you have wounds or cuts, or at the very least, cover the wound with a waterproof bandage prior to entering the water.

Other things to watch out for if you are a “water baby” are jellyfish and sea lice. If you encounter a jellyfish (or its tentacles) and the following stinging, redness and swelling, then rinse that area with saltwater immediately and/or vinegar spray, which can offer quick, soothing relief. Sea lice, which are actually microscopic larvae of jellyfish or sea anemones (typically found in summer waters in Florida or the Caribbean), don’t sting, but they can result in an itchy, red rash or in small blisters within 24 hours of the encounter as well as fever, chills, headache and nausea. Symptoms, although not contagious, can last for as long as two weeks.

Other food to cook thoroughly before eating includes those tasty grilled hamburgers and other meats. Why? Many people toss frozen hamburger patties on the grill before they’re fully thawed, leaving the ground meat more susceptible to being undercooked. Of course, undercooked meats, such as hamburgers, chicken and pork, are some of the riskiest foods for having E. coli in them.

Then there’s potato salad or other salads. Contrary to popular belief, the mayonnaise in potato salad isn’t typically the culprit to be on guard against. More often than not, it’s the eggs, potatoes or pasta ingredients that can lead to unhealthy outcomes. Just be sure that salads and other foods that are supposed to remain and be consumed cold are cold. If you’re going to have these at your summer gatherings and cookouts, then keep them properly chilled in big bowls or coolers of ice.

And don’t forget the ice cream. Ice cream machines which are not adequately cleaned can harbor the bacterium Listeria monocytogenes, which can lead to Listeriosis. Wilkins weighs in on Listeria, saying, “Listeria (bacteria) is a really sneaky pathogen in that it likes to live in cooler temperatures and populate machinery.” Infections from Listeria can cause fever and muscle aches and are particularly dangerous for pregnant women, who can miscarry as a result. So, if you’re getting some ice cream from an ice cream machine, frozen yogurt, or a little something from the ice cream truck, then it may be a good idea to ask when the last time it was the machines were cleaned.

Another cool place microbes and other unhealthy things can be lurking is in your air conditioning unit filter, which can build up bacteria, dust, mold, dander and more. Air conditioners work nearly non-stop in hot summer days, and these unhealthy “critters” can not only slash the air conditioner’s efficiency, but also carry health risks.

Abby Brokaw, director of the American Lung Association of the Upper Midwest Health House program, states, “People who are already having problems with breathing or lung health—those with allergies or respiratory disease—are going to be affected” if the filter isn’t properly cleaned. Another rule of thumb is to change out filters every three months, and when changing them, wear gloves and a face mask so that you don’t get on you—or inhale—the debris.

Another caution is monitoring your sun exposure. Moderate, prudent sun exposure has health benefits, but too much sun can cause sunburn, which could lead to development of blisters, necessitating that the sunburn be treated like a burn—which it is. In other words, sunburn can be a potentially harmful wound, and be treated as such because it can set the stage for infection. Additionally, just a few serious sunburns can increase a person’s risk for developing skin cancer, so be sure you are careful out in the sun.

So, enjoy the remainder of your summer, but watch our for these (and other) hot health messes!
#Digestive Health , #Summer , #Food Safety