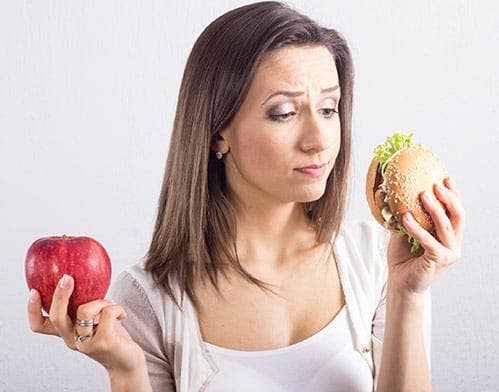 Remember Morgan Spurlock’s documentary Supersize Me? He ate fast food for 30 days and gained weight, damaged his liver and said he underwent addictive withdrawal symptoms. Of course, fast food is highly processed food, so it’s unhealthy. However, Spurlock wasn’t alone in consuming that diet. His microbes in his microbiome consumed it, too, and we now know they don’t fare well on a fast-food diet, either.

In fact, eating a fast-food diet for only 10 days can have detrimental effects on the microbiome, the microbes—bacteria and more—that live in our guts and elsewhere in the body to help us digest food, to provide many vitamins and nutrients, and to keep us healthy.

Studies in animals have indicated that a high-fat diet dramatically changes microbes for the worse, and a recent study of humans showed a similar result—in only two weeks of switching the diet.

Until recently, however, no one has investigated the specific effects of fast food on the microbiome in Westerners. Dr. Tim Spector, professor of genetic epidemiology at King’s College London, was approached by his son Tom, a then 23-year-old final year student of genetics at the University of Aberystwyth, to track the microbes as they changed from an average Western diet to an intensive fast-food diet for over the course of a week.

Tom volunteered to be the “guinea pig” in this experiment, and it would be the focus of his dissertation. He would eat all of his meals at a local fast-food place for 10 days and then have his fecal samples—collected before, during and after the diet—sent to three different labs for results’ consistency.

Tom says, “Before I started my father’s fast food diet, there were about 3,500 bacterial species in my gut, dominated by a type called Bacteriodetes. Once on the diet, I rapidly lost 1,300 species and my gut was dominated by a group called Firmicutes. The implication is that the [fast food] diet killed 1,300 of my gut species.”

As a side note, two major bacterial players in our intestines are Bacteriodetes and Firmicutes. Most studies point out that the more Bacteriodietes there are vs. Firmicutes, the leaner a person will be. Just 10 days of the fast-food diet switched Tom’s bacteria more toward Firmicutes from Bacteriodetes. Additionally, his friendly Bifidobacteria population had been cut in half. That’s significant because Bifidobacteria help break down carbohydrates into short-chain fatty acids and can play a strong role in health.

Admittedly, Tom felt “unwell” on the diet, but had to wait a few months for the results to return—some from Cornell University and some from the British Gut Project. But all the results delivered the same message: Tom’s community of gut microbes, the microbiome, had been harmed.

To reiterate, he had lost nearly 40 percent of his gut species—a loss of bacterial diversity that is a universal signal of ill health in the guts of obese and diabetic people and which is noted for triggering a range of immunity problems in lab mice. Likewise, those bacterial changes remained after stopping the diet, and for two weeks after the diet, his microbes had not recovered.

Other studies—especially formal, published studies—will most likely follow, but this was one of the first to look into how fast food can affect the microbiome, and it wasn’t pretty.
#microbiome , #Gut Health , #Fast Foods , #Diabetes