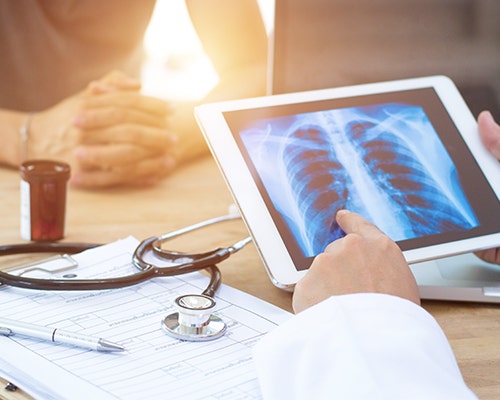 When the body is under stress, one of the first responses is a noticeable change in breathing rate. The breath can become shallow and greatly slowed, or it can be rapid and abnormally fast. The average respiratory rate for a healthy adult while at rest is between 12-20 breaths per minute, according to the Cleveland Clinic. The natural ability to breathe is often an aspect of health that can be taken for granted, or just forgotten about until something happens that can make breathing difficult. However, there are many factors that can negatively influence respiratory health.

While most people may assume that they only have to be concerned with avoiding outdoor air pollution (such as car exhausts and factory fumes), external pollution is only one part of the overall picture. In fact, indoor air can be more toxic, according to a study published in the journal Science of the Total Environment. There are numerous sources of pollution often found in the home and office, which collectively may be a greater threat to respiratory health. These pollutants can include fungal and mold spores, chemicals used in paints, varnishes, fumes from carpets and upholstery, as well as toxic cleaning chemicals, among others. People living in humid environments, older buildings, and densely populated cities are at an increased risk of higher levels of indoor air pollution.

While it may not always be possible to change your home or work environment, it is important to be mindful of controllable factors. For example, if remodeling, always be cautious of paint and carpet choices. Even smaller-scale updates, such as a new sofa or mattress, can have high levels of off-gassing chemicals. When cleaning, choose natural or non-toxic cleaners. If working in a suspected “sick building”, ask about having sensors installed that can monitor for unhealthy air quality levels. If necessary, seek out guidance from OSHA if the building is not up to code for safety standards.

Vitamin D is often referred to as the “sunshine vitamin”, as it is best obtained by about ten minutes of daily direct exposure. Despite how easy it may seem to get enough vitamin D, more than 3 million people each year are diagnosed with a deficiency, according to the Mayo Clinic. In many cases, there are no symptoms with deficiency. While adequate vitamin D can benefit many systems of the body, it may be surprising that respiratory health is included. Research by Hughes and Norton published on PubMed Central found that vitamin D can inhibit pulmonary inflammatory responses while enhancing defense mechanisms against respiratory pathogens. Therefore, the findings suggest that ensuring adequate vitamin D, whether through the sun or supplementation, can be especially helpful in anyone with compromised respiratory functioning.

Asthma is a very common condition which affects an estimated 26 million Americans, according to The American College of Allergy, Asthma, & Immunology. While genetics cause nearly half of all cases, environmental factors account for the other half, making them a significant influence on ongoing respiratory health, reports the World Health Organization. Triggers differ, but exposure to allergens can lead to an attack. Outdoor substances include pollens from grass, trees and weeds, while indoor allergens can include dust mites, mold spores, and pet dander. Of course, irritants in the air, such as smoke, chemical fumes and strong odors, can also cause a flare-up. Certain medications and food additives can even lead to symptoms.

Chronic Obstructive Pulmonary Disease (COPD) is another common disease that can make breathing difficult, according to the Respiratory Health Association. Approximately 16 million Americans have COPD according to the CDC, with an estimated additional 16 million people not yet diagnosed. Smoking is the number one cause of COPD.

Perhaps the most obvious, there is a direct link with smoking and compromised respiratory health. According to the CDC, smoking is the leading cause of nearly 90% of lung cancer and COPD deaths. Secondhand smoke is also responsible for health complications. Fortunately, there are many options available today to help people successfully quit smoking.

In addition to avoiding the most common threats to respiratory health, there are ways to help promote healthy lungs.

According to the American Lung Association, regular aerobic exercise is a great method to improve lung capacity and function. There are also certain breathing exercises for people living with COPD and other lung diseases.

Maintaining a healthy weight and eating a balanced diet are important for keeping the body healthy and functioning as it should. Excess weight can tax the lungs, making them work harder and less efficiently.

Practicing healthy preventative care is another way to avoid respiratory health issues, which includes getting regular check-ups, even if no symptoms are present. These wellness visits can screen for changes and catch problems before they become severe.