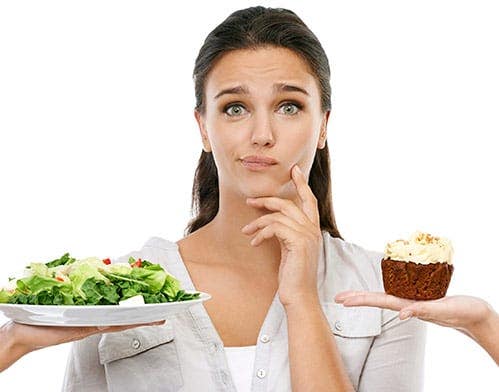 Junk in. Junk out. That’s the essence of a recent study published in the British Medical Journal’s online publication BMJ Open by researchers from the University of São Paulo and Tufts University in Boston. They discovered that 57.9 percent—almost 60 percent—of what Americans eat is junk, defined as ultra-processed foods packed with sugar, salt, unhealthy fat and more.

The study was from a large national study of U.S. health that included a detailed food diary and focused on 9,300 adults and children. It’s not the first study to point out this unhealthy eating trend, but, hopefully, people will make healthier food choices as a result.

Dr. Carlos Augusto Monteiro of the University of São Paulo and colleagues as well as Tufts University scientists write in their report, “The most common ultra-processed foods in terms of energy contribution were breads; soft drinks; fruit drinks and milk-based drinks; cakes; cookies and pies; salty snacks; frozen meals; pizza and breakfast cereals.”

That’s the “junk in” part. Now for the “junk out” part: The data also pretty clearly explains why two-thirds of Americans are obese or overweight and why diabetes and heart disease incidents are increasing, the researchers note.

Studies past and present point out that processed foods raise the rates of heart disease, diabetes and cancer. That’s why nutritionists and public health officials say that fresh veggies and fruits should comprise most of what we eat. Why? Those who consume more veggies and fruits have lower rates of all those diseases. The truth is that most people know better than to consume ultra-processed foods, but they do it anyway.

The research team says, “We also provide new evidence that ultra-processed foods represent more than half of all calories in the U.S. diet, and contribute nearly 90 percent of all added sugars.”

The unhealthy consequences of this junk diet are seen nationwide, but in California, a newer study reveals that nearly half of California adults—and one out of every three young adults—have either pre-diabetes (a precursor to type 2 diabetes) or undiagnosed diabetes, according to a recent UCLA study. Diabetes is more common among older adults, so this study finding that 33 percent of young adults aged 18 to 39 with pre-diabetes or undiagnosed diabetes is particularly disconcerting.

Along similar lines, another recent study links higher consumption of white bread, white rice and similar foods—high-glycemic processed foods—with increased lung cancer risk, even if that person has never smoked. Researchers aren’t sure why there’s a connection, but they think high-glycemic foods drive up cancer risk due to the blood sugar spikes those foods create—prompting cancer cells to increase their growth. Studies also point out sugar’s role in increasing the risk of heart disease, obesity and associated diseases as well as type 2 diabetes.

Junk in. Junk out.

Unfortunately, Americans eat mostly junk, and that can lead to junk health.

This information is intended for educational and informational purposes only. It should not be used in place of an individual consultation or examination or replace the advice of your health care professional and should not be relied upon to determine diagnosis or course of treatment.
#Processed foods