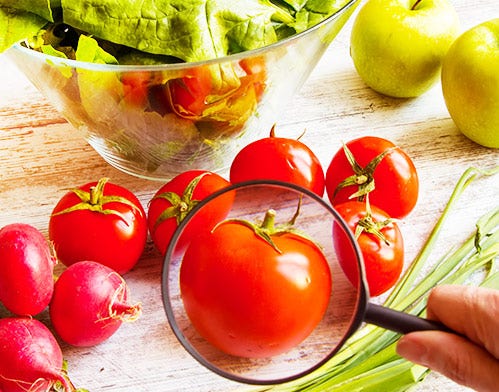 While technology has brought forward many positive advancements to society, there is one very questionable progression that has become prevalent in our foods and the environment today – and that is the omnipresent GMO. A GMO, also known as a genetically modified organism, can be either a plant, animal or microorganism which has been altered via a laboratory process. This modification method includes extracting and splicing DNA genes from one species and artificially forcing them into the genes of an unrelated plant, animal, or microorganism. This unnatural transfer and unstable combination of foreign genes may be sourced from bacteria, viruses and animals. The process dates back to the 1990s, and is sometimes referred to as Genetic Engineering (GE), but is most commonly called Genetic Modification (GM).

The safety of GMOs has long been questioned, and unfortunately the FDA has not done much to help by previously not requiring food containing GMOs to be labeled. A recent bill signed into effect, the Roberts-Stabenow GMO labeling bill, will actually make it even more difficult to make informed decisions. The bill is full of loose terminology open to interpretation, unspecified labeling thresholds, and is fraught with loopholes. The bill ultimately exempts most current GMO foods from being labeled at all–while allowing two full years for disclosure statements to be put into effect. The bill also allows for cumbersome barriers to information which should be readily available on packaging, but instead requires a smartphone QR code, 800 number, or website to access the information.

Since GMOs are still fairly new, there is little long-term evidence to say with certainty that they are harmless. In fact, research has suggested to the contrary, countering claims of safe consumption. The US National Library of Medicine published a study which found glyphosate, a widely used crop herbicide, to be a potential endocrine disruptor, linked to developmental disorders, birth defects and cancer tumors. A further study detailing the body chemistry altering effects of glyphosate suggests further ties to weight gain, depression and Alzheimer’s disease.

For the approximately 18 million Americans who suffer from gluten disorders, the old adage ‘you are what you eat’ might take on an entirely new meaning. Research from The Institute for Responsible Technology (IRT) found that GMO foods were connected to five conditions that may trigger or worsen gluten-related disorders, including Celiac Disease. The conditions include intestinal permeability, unbalanced gut bacteria, allergic response, impaired digestion and damage to the intestinal wall.

A Canadian study published in the Journal Reproductive Toxicology identified the presence of pesticides associated with GMO foods in maternal, fetal and non-pregnant women’s blood. Given the susceptibility of a fetus to adverse effects from unnatural, foreign chemical substances, the study suggests the potential for disrupted growth and development and the need for more research to investigate further.

One of the most notorious studies goes back a few years to 2012, in which the Journal of Food and Chemical Toxicology published a study which linked genetically modified corn to rat tumors and Roundup herbicide. While the journal requires a rigorous review process prior to any study publication, the study was oddly later retracted, which spurned intense scrutiny and heated debate from the scientific community. There have been many more animal studies which indicate serious health risks with GMO foods, from immunity problems, hastened aging, and changes in major organs.

To help raise awareness about the food industry and to provide an alternative for consumers who wish to avoid the potential risks of GMOs in foods, the Non-GMO Project was created. The non-profit organization began with the goal "to preserve and build sources of non-GMO products, educate consumers, and provide verified non-GMO choices”. Working in conjunction with food manufacturers, distributors, growers, and seed suppliers, the Non-GMO Project provides non-GMO labeling for products produced in compliance with their Non-GMO Project Standard. Their system helps ensure best practices for avoiding GMOs, from ingredient sourcing to manufacturing to final product. In addition, their Verification Program is currently the only third-party verification for non-GMO food and product in North America.