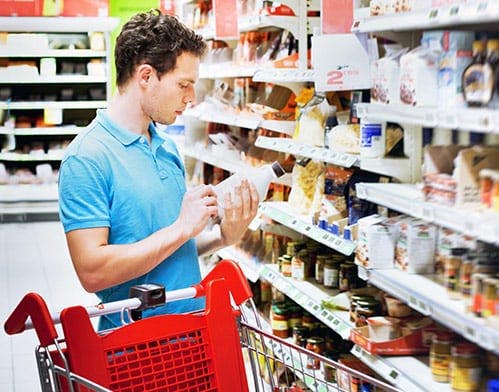 And what is a “reasonable inquiry”? At a minimum, before a food manufacturer sells a food, manufacturers should actively contact suppliers of component food ingredients to find out if the ingredients were produced without genetic engineering. Plus, food manufacturers can request a sworn certification from their suppliers indicating that their products aren’t produced with genetic engineering. However, not obtaining a certification can put the source of the food into question, requiring a need for a “May be Produced with Genetic Engineering” disclosure on the label.

As far as the placement of that disclosure on the product package, it must be located when viewing the outside of the package, appear in a color contrasting the background of the package, and be “easily read” by consumers. Placing the disclosure on the information panel of the package can work, but the disclosure itself must be in a font size no smaller than the size of the words “Serving Size” on the Nutrition Facts label, or in a font size no smaller than that of the ingredient list on the label—and should be printed in bold-face type. Stickers containing the new language on existing packaging are allowed, but only if all disclosure requirements are met.

There are exceptions involved with Vermont’s GMO food-labeling law. In fact, it doesn’t apply to labels already subject to USDA approval, to processed foods where only the processing aid or enzyme involve genetic engineering, to alcoholic beverages, or foods certified as “organic” by the USDA National Organic Program. Additionally, it doesn’t apply to foods sold for immediate consumption, such as restaurants, to food sold to consumers via only the internet or to processed foods with less than 0.9 percent of genetically engineered materials (per total weight of food).

And what about non-compliance? Failure to comply with Vermont’s GMO food-labeling law can lead to civil penalties of up to $1,000 per day, per product, and lawsuits can be filed by private citizens.

It's clear that Vermont has paved the way on the GMO-labeling front. In fact, more than 70 bills have been introduced in at least 30 states to require GMO food labeling or to prohibit genetically engineered foods, while as many as 15 states have GMO food-labeling bills pending in their legislature.

But all of this could change, since there was a landmark Senate agreement and subsequent vote that would allow companies to disclose GMO ingredients via digital codes instead of on-package language or symbols. Among other things, this same “agreement” would also use a narrow definition of genetic engineering that leaves out the newest biotech methods, such as gene editing, from the national disclosure standards.

This legislation needed 60 votes to pass the Senate, and on June 29th, it got 68 votes for it and 29 votes against it in this "test vote" that if, in the future this legislation is enacted, it would nullify Vermont’s GMO labeling law and bar any other state from enacting labeling requirements that differ from the federal standards—meaning no state government or municipality could enact rules that are in any way different from this legislation.

Additionally, most food companies would have the option of disclosing GMO ingredients via either a digital, smartphone code (which would be accompanied by: “Scan here for more food information.”) or through an on-package symbol or language that the Agriculture Department would approve. Small companies, though, would have the option of putting a phone number or website URL on labels instead of a digital code. Plus, the USDA’s Agricultural Marketing Service (AMS) would have two years to write the rule for disclosure requirements.

Unlike the previous failed Senate bill that tried to gut state laws and replace them with a voluntary labeling standard, this newer legislation would direct the Secretary of Agriculture to create a national standard for labeling bioengineered food. However, the labels would most likely not look anything like what’s required by the Vermont law.

There would still have to be enough support for it overall from the House, which will not be able to review, approve or act upon it until at least after the July 4th holiday, since the House has been on break up through that time. And the House must approve the legislation before it can go any further, since it is dramatically different from the bill passed last July.

In the meantime, Campbell Soup Company, PepsiCo, Mars, Inc., General Mills and other packaged food giants have already decided to label their products on a nationwide basis—pre-dating the July 1st deadline for Vermont’s GMO food-labeling law.