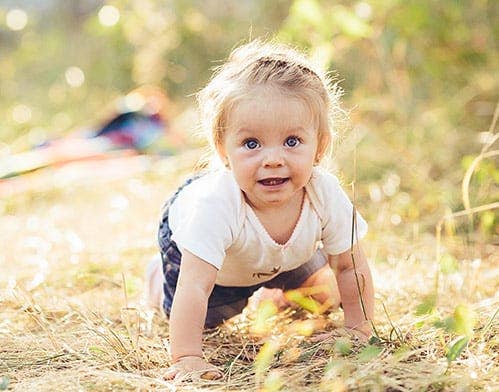 Who doesn’t want the very best for their kids? That includes what we feed them. That’s why you may want to take a good hard look at the foods your kids eat and avoid foods with genetically modified organisms, or GMOs, because kids can be especially vulnerable to GMO effects. In fact, GMOs can be a force to be reckoned with even while a child is developing in the womb.

For example, a 2011 study found Bt-toxin in the blood of 93 percent of pregnant women who were tested and also in 80 percent of their unborn babies. Bt-toxin is a poison produced by genetically modified (GM) corn, which often constitutes a large portion of our nation's diet. It can be especially dangerous for infants whose blood-brain barrier—designed to keep toxins out—isn’t mature enough to keep Bt-toxin at bay.

Once out of the womb, children still can face risks from GM foods and products. Since kids have fast-growing and developing bodies, GM effects can occur rapidly. In GM feeding studies, young rats showed significant health damage to their immune systems and digestive function as well as displaying smaller brains, livers and cellular changes in their intestines in only 10 days, according to the Institute of Responsible Technology (IRT), a world leader in educating about GM foods and crops.

Likewise, children are also more susceptible to allergies—three to four times more so than adults are—and GM foods can boost allergic responses, since GM foods introduce foreign DNA. Children under the age of two are especially at risk to new allergens in the diet. Michael Meacher, the former minister of the environment for the United Kingdom, says, “Any baby food containing GM products could lead to a dramatic rise in allergies.”

Then there’s milk and recombinant bovine growth hormone, or rBGH, a genetically engineered hormone used to increase milk production in cows. Milk and other dairy products from cows treated with rBGH contain a larger amount of the hormone IGF-1, one of the highest risk factors associated with breast cancer and prostate cancer.

But that’s not all. Sam Epstein, M.D., Chairman of the Cancer Prevention Coalition, writes, “rBGH and its digested products could be absorbed from milk into blood, particularly in infants, and produce hormonal and allergic effects.” He points out that rBGH’s “cell-stimulating growth factors could induce premature growth and breast stimulation in infants.” He also states that genetically engineered hormones in cows could promote the production of “steroids and adrenaline-type stressor chemicals likely to contaminate milk and may be harmful, particularly to infants and young children.”

Some of the most common GM foods are soy, corn, milk, sugar, zucchini, yellow squash and papaya. But GMOs can be found practically everywhere—in at least 80 percent of packaged goods in grocery stores.

However, you can avoid GMOs by choosing Certified USDA Organic and Non-GMO Project Verified foods and goods. By definition, Certified USDA Organic means non-GMO, while The Non-GMO Project serves as North America’s only independent verification for products made according to best practices for GMO avoidance. So, be sure to look for those seals before buying to help your kids avoid GMOs.
#children , #Organic , #GMOs , #Non-GMO