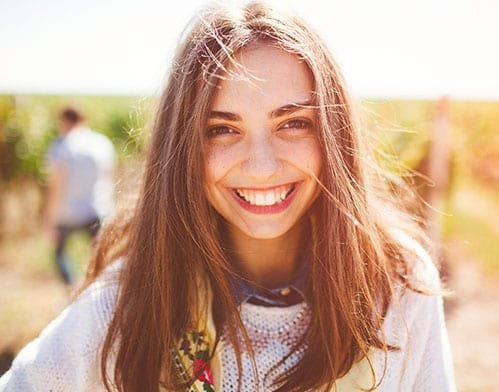 [vc_column css=".vc_custom_1501862331165{padding-right: 0px !important;padding-left: 0px !important;}"][vc_column_text el_id="text-content"]New and exciting research is revealing a strong connection between our mood and the various bacteria that live within our intestines. This is certainly a sobering notion. Think of it. The bacteria living within the digestive system are to some degree involved in determining whether we are happy, sad, anxious or even depressed.

In a new study published in the peer-reviewed journal Brain, Behavior and Immunity, researchers in the Netherlands explored the idea that changing the array of gut bacteria by giving a multispecies probiotic supplement could have an effect on mood. The study provided the probiotic for a 4-week period to 20 healthy individuals, none of whom had a mood disorder. A similar group of 20 individuals received a placebo over the same period. At the conclusion of the study, both groups underwent an evaluation to determine their reactivity in terms of cognitive function to sad mood. This is a fairly standard research tool that assesses depression.

The researchers demonstrated a significant reduction in the degree change in terms of cognitive reactivity to sad mood in the group receiving the probiotic in comparison to placebo, “… which was largely accounted for by reduced rumination and aggressive thoughts.” And the authors concluded, “These results provide the first evidence that the intake of probiotics may help reduce negative thoughts associated with sad mood. Probiotics supplementation warrants further research as a potential preventive strategy for depression.

The exact mechanisms that relate improvement in mood to the consumption of probiotics were not specifically presented in this data. But what we do know is that the gut bacteria regulate several factors that do influence our state of mind. First, the microbiota living within the intestines play a large role in creating the various neurotransmitters that have a significant effect on mood, and these include chemicals like serotonin and dopamine. Second, the gut bacteria regulate the level of inflammation throughout the body and including the brain. The chemical messengers of this process, cytokines, are known to be significantly involved in mood and how we perceive the world around us.

But what is unique about this research is that it is interventional. This means that rather than observing how differences in gut bacteria may relate to mood, this research actually made a change in the array of organisms living within the test subjects and then observed the changes in mood as described above. As such, the probiotic intervention could be looked upon as representing an actualmedical treatment. Think of it. Giving bacteria to treat mood disorders![vc_row_inner][vc_column_inner width="1/4"][vc_single_image image="73" img_size="medium" alignment="center"][/vc_column_inner][vc_column_inner width="3/4"][vc_empty_space height="5px"][vc_column_text]About Dr. Perlmutter: David Perlmutter, M.D., is an expert in the human microbiome, a board-certified neurologist, Fellow of the American College of Nutrition, America’s brain-health expert and #1 New York Times best-selling author.[/vc_column_inner][/vc_row_inner][vc_column_text]This information is intended for educational and informational purposes only. It should not be used in place of an individual consultation or examination or replace the advice of your health care professional and should not be relied upon to determine diagnosis or course of treatment.
#Probiotics , #Dr. Perlmutter , #Mood , #mental health