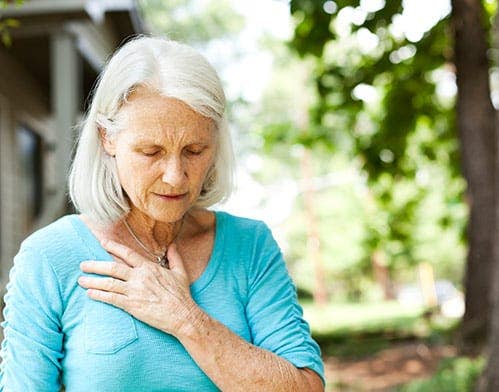 Proton pump inhibitors (PPIs) are commonly used to relieve symptoms of acid reflux or gastroesophageal reflux disease (GERD), which is a condition where food or liquid from the stomach moves up into the esophagus or food pipe. PPIs are also used to treat peptic or stomach ulcers as well as damage to the lower esophagus due to acid reflux.

PPIs go by many brand names, but there can be a big downside and health risk to taking them. Researchers found that PPI use was linked to a 28 percent increased risk of developing chronic kidney disease and a 96 percent higher risk of developing complete kidney failure—compared with H2 blocker use. (H2 blockers are often referred to as “acid reducers.”) PPIs reduce stomach acid made by glands in the lining of the stomach, which is not the same as antacids, which reduce excess acid after it enters the stomach. The scientists’ findings were published in the Journal of the American Society of Nephrology.

And there are a lot of people taking PPIs, too. In fact, estimates for 2013 alone point out that 15 million Americans were prescribed PPIs that year. Researchers believe that the actual number of PPI users is probably higher, though, since some types are available over-the-counter—without a prescription.

The researchers point out that the longer the duration of PPI use, the higher the risk of kidney problems, concluding that long-term use of PPIs may harm the kidneys and should be avoided.

But this is not the first time similar findings about PPI use have come to the fore, though. In the past, long-term use of PPIs was linked to kidney disease for older individuals who were 65+.

Additionally, PPI use has also been correlated with Alzheimer’s disease; reducing gut bacteria diversity in the microbiome; blocking nutrient absorption in the stomach, leading to a shortfall of vitamin B-12, iron and calcium; and increased risk of heart disease and heart attack as well as muscle spasms, arrhythmias, seizures and neurological problems.

Dr. Arun Swaminath, director of the inflammatory bowel disease program at Lenox Hill Hospital in New York City, says that gastroenterologists are already cautious about the use of PPIs, since they’ve been tied to other health problems such as bone fractures, C. difficile infections and pneumonia. Swaminath adds, “We have started to limit the time you have to be on it, and limit the amount you take.”

This information is intended for educational and informational purposes only. It should not be used in place of an individual consultation or examination or replace the advice of your health care professional and should not be relied upon to determine diagnosis or course of treatment.
#Gut Health , #Digestive Health