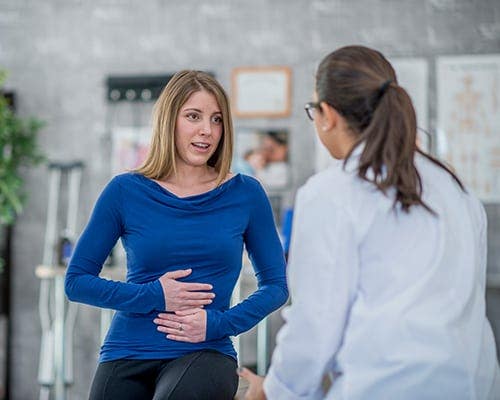 For most healthy people, the liver is just another of many organs that functions involuntarily and under our perceptional radar. However, this powerful organ is responsible for the digestion of food as well as eliminating toxic substances from the body, according to the Mayo Clinic. The liver also helps ward off infection plus stores energy – making it highly important for many aspects of health.

When this vital organ begins to malfunction, focusing on liver health can become a matter of life and death. There are many different types of liver diseases, but untreated they can all be damaging and potentially deadly, says the American Liver Foundation.

Given the severity of possible liver disease and liver failure complications, it is important to be aware of the body’s warning signs that something is amiss that needs to be addressed. Fortunately, there are often symptoms in the early stages of liver problems, the American Liver Foundation states. Moreover, this amazing organ can regenerate itself when damaged, replacing old tissue with new cells.

What are the signs and symptoms of liver disease?

According to the Mayo Clinic, signs and symptoms of liver disease may include:


There are some instances when symptoms are so mild or nonspecific that the underlying liver issue becomes ignored or unnoticed. As liver failure progresses, the symptoms can become more serious, the American Liver Foundation says.

There are many different ways liver issues and liver disease can develop, reports the Mayo Clinic. Disease and dysfunction may have genetic causation, or may result from a virus infection. Being overweight and clinically obese can also contribute to liver damage. Inflammation and scarring caused by parasites and/or a virus, cancer, or even using too much Tylenol can also lead to liver problems, says Medical Daily.


How are liver problems diagnosed?

What are the complications of liver problems?

When damage to the liver becomes chronic, liver disease can lead to scarring, also known as cirrhosis. This condition can eventually become liver failure, often resulting in death.

Cirrhosis can also lead to liver cancer, reports WebMD. For some, the symptoms of cirrhosis are the first signs of liver disease. Fortunately, liver cancer is considered rare, and is often treatable by removal of part of the liver, transplant, chemotherapy, and/or radiation.

How are liver problems treated?

As with most conditions, treatment for liver problems varies based on each individual’s specific diagnosis and stage of progression. The sooner problems are detected, the better. Minor and early stage liver disease may be addressed by lifestyle modifications, such as quitting drinking or losing weight. More advanced progression of liver disease, liver cancer, or other serious complications will likely require surgery, transplant, medication, and other treatment methods.

How can liver problems be prevented?

Living a healthy lifestyle can go a long way in promoting overall liver health. This includes maintaining a healthy weight, drinking alcohol in moderation, and using prescription and OTC medications only as needed, suggests the Mayo Clinic.

In addition, minimize risky behavior, including being extra cautious when getting any tattoos or piercings, having protected sex, and avoiding contact with toxic chemicals and other’s bodily fluids.