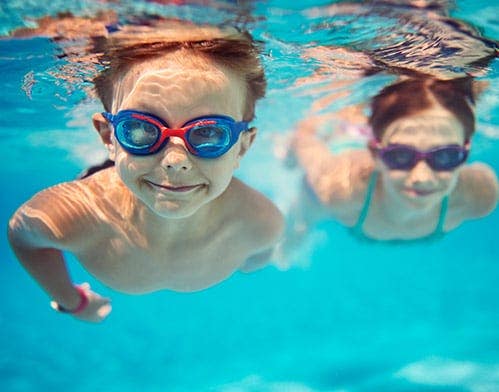 Summer’s here and, for many, that means swimming pool time. But before you dive into that public pool, you may want to know that nearly 80 percent of public swimming pools and hot tubs inspected in five U.S. states in 2013 (the most recent year for which data is available), had health or safety violations, according to the Centers for Disease Control and Prevention (CDC).

The CDC conducted its study of the five U.S. states with the most public swimming facilities. Those states included: Arizona, California, Florida, New York and Texas. What they found was that one of every eight pools inspected—and one of five children’s wading pools inspected—had violations so serious that the pools were closed immediately. Among the most common violations were not enough disinfectant such as chlorine, and inadequate safety equipment to prevent drowning.

The CDC said that improperly maintained pools have been linked to accidents and illnesses, including drowning and intestinal parasites. In past study data from 2003 to 2012, approximately 4,000 people drowned in pools and other areas, while nearly 350 disease outbreaks linked to pools occurred.

Of course, chlorine, bromine, ozone, ozone chlorine and other disinfectants can have unhealthy effects—especially in higher amounts. Likewise, those disinfectants can react with pool users’ sweat, urine and other compounds making what’s called disinfection byproducts (DBPs), which can potentially damage DNA, and have been associated with asthma and bladder cancer. Plus, the more the swimming pools and hot tubs are used, the stronger the byproducts.

Now, here are some other things that might be lurking in public swimming pool water:

Feces: The CDC states that the average swimmer contributes at least 0.14 grams of fecal matter to pool water, usually occurring within the first 15 minutes of getting into the pool.

E. coli: E. coli is the bacteria most commonly associated with fecal matter, and pool water from 161 pools in the Atlanta area showed signs of E. coli. And kids and adults alike can bring fecal matter into pool water. Of course, kids who are not properly potty-trained can add to the mix, but adults who don’t wash with soap and water prior to entering the pool can add fecal matter to the water, too.

Recreational water illnesses, or RWIs: These result from germs spread by swallowing contaminated water in swimming pools, hot tubs, water parks, lakes and oceans. The most common is diarrhea, usually caused by E. coli or Cryptosporidium, or “Crypto” for short (a parasite causing diarrhea). Other RWI infections include gastrointestinal, skin, ear, respiratory, eye, neurologic and wound.

Urine: One in five Americans say they’ve peed in the pool. Sure, that’s unhealthy, but if someone pees in the pool or they’ve been sweating and jump in the pool, those mix with the chlorine and use up the chlorine, making it ineffective at killing germs. Chlorine and other disinfectants don’t kill germs immediately, but urine in the pool can greatly diminish its germ-killing properties.

Cryptosporidium, or Crypto: As mentioned earlier, Crypto is a parasite that can cause the diarrheal disease cryptosporidiosis. And Crypto is a resilient parasite. It has an outer shell that allows it to survive for up to 10 days even in chlorine-treated water. It’s a leading cause of swimming pool-related outbreaks of diarrheal illness.

Giardia: A microscopic parasite that can cause diarrhea, Giardia is found on surfaces or in contaminated water. Similar to Crypto, Giardia has an outer shell that allows it to survive outside the body for long periods of time and is tolerant of chlorine. Infection occurs by swallowing Giardia cysts (the hard shells containing Giardia) in contaminated water, and cysts are immediately infectious when they leave their host via feces. Water—drinking water and recreational water—is the most common method of transmission.

At any rate, when it comes to public swimming pools, make sure you and your loved ones are safe.
#Swimming