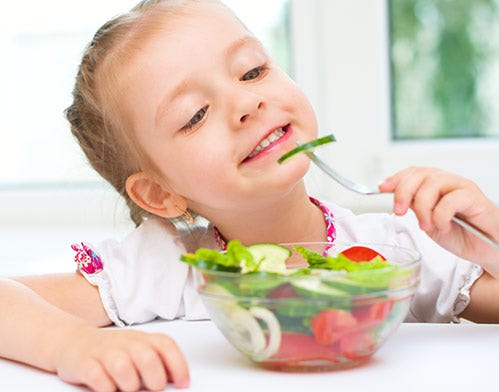 It’s only four letters—A-D-H-D—but its impact is widespread. In fact, even back in 2007, 9.5 percent of children ages four to 17, a whopping 5.4 million, have been diagnosed with ADHD, according to the Centers for Disease Control and Prevention. That’s a 22 percent increase between 2003 and 2007. Of these children, more than 66 percent are reported to receive medication for their ADHD. Some say these drugs may help children concentrate better, but they won’t cure ADHD, and there’s no evidence of providing any long-term benefits, either.

Symptoms of ADHD can range from excessive daydreaming, inattention, not being able to sit still, constant fidgeting, impulsiveness, trouble controlling emotions, difficulty following directions and forgetfulness—although these can vary from person to person. The Mayo Clinic says that those who have ADHD may struggle with low self-esteem, dysfunctional relationships and poor academic performance.

There is much debate about how food—among other lifestyle habits—can affect ADHD. In fact, many think that ADHD can be positively affected through diet, sleep management, controlling unhealthy inflammation, keeping the thyroid healthy and through anxiety management. For example, Dr. Randy Naidoo of Shine Pediatrics in Plano, Texas, says there are many “bio-medical issues with external manifestations that look like ADHD” that can lead to an incorrect diagnosis. These can include gluten sensitivity and casein sensitivity, which Naidoo says “can have an opioid-like effect on the brain,” creating a mental hazing or “brain fog.”

Likewise, cerebral folate deficiency or MTHFR homozygote mutation, which causes an ability to effectively convert synthetic folate (or folic acid) to active folate, can lead to brain issues. Additionally, a deficiency in amino acids due to inadequate protein intake can cause problems concentrating or behavioral problems, while an essential fatty acid deficiency can manifest itself in poor sleep or temper tantrums.

The Journal of Pediatrics says that sugar can adversely affect the behavior of “normal” children—let alone those who have ADHD or ADD. In fact, some experts say to eat complete protein as part of every meal and snack for improved concentration. It’s also important to have fruits and veggies (organic, preferably, to avoid chemicals) for their various nutrients, which are necessary for all biochemical processes. Lacking in certain nutrients can directly affect behavior, attention and learning, while food sensitivities can affect feelings, actions and thoughts.

Naidoo, who believes in trying alternative options before pharmacological options, says to eliminate processed foods, refined carbohydrates, chemicals and food dyes. And even though there are conflicting opinions on the negative effects of chemicals and food dyes and ADHD, he says they create an “unnecessary burden on the body.” He believes that if the food isn’t in its natural form—such as whole and organic—then it will create stress on the body, including imbalances in the endocrine system due to unnecessary insulin spikes or nervous system reactions.

Some studies suggest an association between food dyes and hyperactive behavior in children, but there’s been no “conclusive” evidence to date. For instance, a study in 2007 by the United Kingdom’s Food Standards Agency showed that consuming foods with dyes such as sunset yellow (E110), carmoisine (E122), tartrazine (E102), ponceau 4R (E124), quinolone yellow (E104) and allura red ((E129), as well as the preservative sodium benzoate, increased hyperactive behavior in children of various ages. Of course, food dyes are chemicals often added to processed foods, drinks and condiments to maintain or improve their appearance.

That’s why many support going organic with foods and beverages to address ADHD. Interestingly, prudent amounts of caffeine (along with healthy, complete proteins) show promise for helping those with ADHD. The ADHD Information Library says that 100mg of caffeine is approximately equivalent to the low dose of 5mg of a widely prescribed ADD/ADHD drug. An 8-ounce cup of coffee provides approximately 125mg of caffeine; black tea delivers 60mg of caffeine; and green tea has 30 to 40mg of caffeine.

The ADD/ADHD drug and caffeine work in similar ways. Both are absorbed into the bloodstream in about 45 minutes and last for approximately three to four hours. For those who don’t want to take prescriptions for ADHD, a proper diet and prudent intakes of caffeine, along with other dietary and lifestyle modifications, may be a viable alternative, although you will always want to consult your healthcare professional first before making any dietary or lifestyle changes.