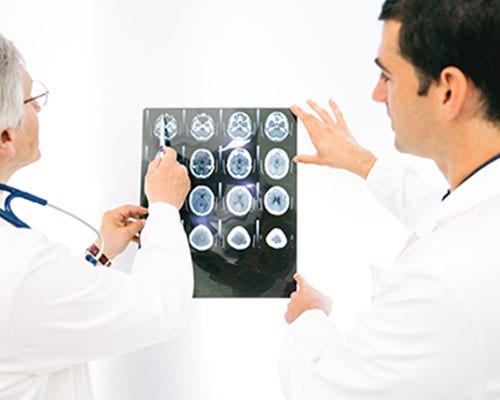 We’ve all come to accept the notion that our brain will continue to shrink as we age. And nowhere is this decline more impactful than in the hippocampus, the brain’s memory center.

Challenging the status quo notion that loss of hippocampal function is inevitable is new and exciting research showing that we have the potential to actually grow new cells in this vitally important are of the brain, expanding the hippocampus in size and enhancing memory function.

The growth of new cells in the brain, neurogenesis, is enhanced under the influence of a specific protein called BDNF. And while there is no pharmaceutical approach to increasing BDNF, animal research has long recognized that aerobic exercise causes a robust increase in BDNF levels and as a consequence increases both the growth of new cells in the hippocampus as well as increase in memory.

But while the animal research has long confirmed the relationship between aerobic exercise and the growth of new brain cells, this relationship has been only recently demonstrated to occur in humans.

Neuroscientist Kirk Erikson and his research team at the University of Pittsburgh publishing in the Proceedings of the National Academy of Science studied a group of 120 adults over a one year span. Half the group was given a stretching program to perform 3 times each week while the other half did engaged in 3 days of aerobics.

After one year, the 2 groups were evaluated looking at 3 parameters. First, using MRI scans, the change in size of the hippocampus was calculated. Second, serum measurements before and after the trial were measured. And finally, the study actually measured memory function at the beginning and end of the trial.

The results were breathtaking. While the group doing the stretching program manifested a decline in memory, hippocampal size and BDNF levels, the aerobics group showed not only improvement in memory, but an actually increase in the size of the hippocampus accompanied by an increase in their blood levels of BDNF. The authors concluded: “These results clearly indicate that aerobic exercise is neuroprotective and that starting an exercise regimen later in life is not futile for either enhancing cognition or augmenting brain volume.” Simply stated, this landmark research demonstrated that aerobic exercises increases the growth of new stem cells in the human brain, and these stem cells mature to become fully functioning neurons.

The important role of BDNF in preserving brain function was the subject of a landmark report in the prestigious Journal of the American Medical Association. In the report, researchers showed that blood levels of BDNF almost perfectly predict future risk for declining brain function as long as 10 years in the future.

The results of these studies have huge implications. Multiple studies have now confirmed the fact that aerobic exercise can turn on the genetic machinery to manufacture BDNF, the brain’s “growth hormone,” creating new stem cells that become fully functioning neurons in the brain’s memory center and actually improving memory. Despite the lack of any pharmaceutical development to enhance this process, you have direct control of your BDNF levels and thus the fate of your brain.

You can increase your BDNF levels and enhance the growth of new brain cells and memory. Here’s how:

Engage in regular aerobic exercise. I recommend 20 minutes per day, 6 days each week. A good target heart rate is around 180 minus your age. Your specific target rate will depend on your level of fitness as well as medications you may be taking. That said, it’s always a good idea to check with a healthcare practitioner before engaging in a new exercise program.

The omega-3, DHA, like aerobic exercise, has been shown to activate the genes that turn on BDNF production. So take a supplement that contains DHA. DHA is available in fish oils as well as algae-derived (suitable for vegetarians). While krill oil is popular, the DHA content is typically only 10% of fish or algae-based products. My recommendation is a dosage of DHA of around 800 mg daily.

Curcumin, the main active ingredient in the spice turmeric, is currently the subject of intense scientific inquiry, especially as it relates to the brain. But curcumin isn’t new to the medical research as it has been used in traditional Chinese and Indian (Ayurvedic) medicine for thousands of years. Curcumin is known to possess a variety of biochemical properties including antioxidant, anti-inflammatory, anti-fungal, and antibacterial activities. But most exciting, as it relates to the brain, extensive research confirms that in humans, consumption of curcumin is associated with a significant rise in BDNF levels.

In another study published in the British Journal of Nutrition, researchers administered a single 100mg dose of whole coffee fruit extract to a group of volunteers and observed a 143% increase in their blood values of BDNF. WCFC is a patented extract of whole coffee fruit (coffee berries) from the common coffee bean, Coffea arabica. It contains chemicals called procyanidins which are known to protect brain cells, as well as a unique profile of polyphenols that may well relate to its ability to raise BDNF so dramatically.

Again, BDNF is powerfully influential in determining your brain’s destiny, so these new scientific reports showing the dramatic rise in BDNF with whole coffee fruit concentrate are very exciting, especially for me as a neuroscientist.
#Dr. Perlmutter , #brain health , #memory