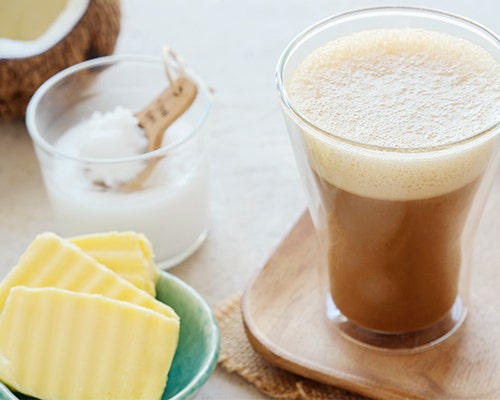 There is certainly a lot of discussion these days about the ketogenic diet, especially as it relates to brain function. I thought it would be instructive to review one of the early important research studies in this area as it reveals several very important findings that are worthy of attention.

The study dates back to 2003 and is entitled:

Effects of beta-hydroxybutyrate on cognition in memory-impaired adults.

Why this is relevant with respect to the ketogenic diet is because beta-hydroxybutyrate is one of the ketones produced when somebody is in ketosis. The ketogenic diet is one that is aggressive in terms lowering dietary carbohydrate while increasing dietary fat. The production of ketones is amplified in people who supplement with things like coconut oil or MCT oil.

In this study, 20 subjects who had either Alzheimer’s disease or mild cognitive impairment were given either a drink containing MCTs or a placebo. Blood studies were done to measure the level of beta hydroxybutyrate.

In addition, the subjects underwent cognitive testing to determine if there was any change in brain performance. Further, all the subjects were studied genetically with respect to whether or not they carried the APOE-4 allele. This is an important part of the study in that it is known that carrying this allele is associated with increased risk for Alzheimer’s disease.

The results of the research are really instructive. First, the researchers demonstrated that taking MCT treatment had significant effects in terms of raising blood levels of beta- hydroxybutyrate. Interestingly, those who were positive for the APOE-4 had a continued increase in their beta- hydroxybutyrate levels between the 90 and 120 minute blood draws, whereas those not positive for APOE-4 had blood levels of beta-hydroxybutyrate that did not increase after 90 minutes.

More importantly, the cognitive testing revealed that in those individuals who were APOE-4 positive, even though their beta- hydroxybutyrate levels were increased on the MCT treatment, it did not improve their cognitive performance.

In contrast, cognitive performance was clearly increased when those individuals not carrying APOE-4 were given the MCT treatment.

Furthermore, the degree of improvement in paragraph recall, a measurement of memory, was tightly related to blood levels of beta-hydroxybutyrate.

This study shows an overall positive effect of MCT treatment in those individuals who do not carry the APOE-4 allele. The APOE-4 allele is present in the United States population in around 20 to 25% of individuals. It is also easy to test without involvement of a healthcare provider by simply doing the 23 and me evaluation.

Nonetheless, there is certainly plenty of science to suggest that ketosis and the use of MCT oil offer other benefits, which would not likely be involved with APOE-4 including lowering of blood sugar (video) weight loss, and increase in insulin sensitivity.
#Dr. Perlmutter , #brain health , #memory , #ketosis