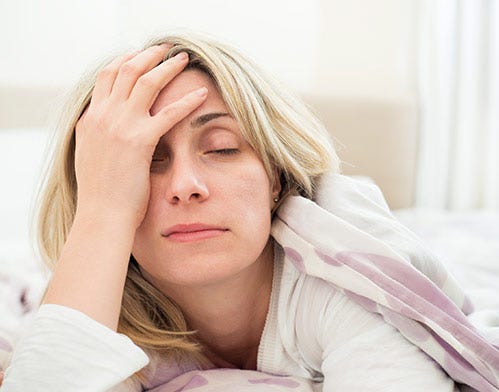 Sleep disorders are far more common than you might think. According to the Centers for Disease Control (CDC), some 50-to-70,000,000 American adults are suffering from some form of sleep disorder. In fact, the CDC now recognizes the widespread nature of sleep disorders as representing a national public health issue.

To be sure, sleep disorders like insomnia, sleep apnea, and early morning awakening, are far more important than simply being a nuisance. People who don’t get enough restorative sleep have been shown to have significantly higher risk for potentially life-threatening medical issues like dementia, depression, hypertension, diabetes, and even cancer, not to mention a significant reduction in quality-of-life, as well as loss in productivity.

According to the National Institutes of Health, school age children should sleep approximately 10 hours daily, teenagers, 9 to 10 hours, and adults 7 to 8 hours. Unfortunately, the National Health Interview Survey indicates that nearly 30 percent of adults get six hours or less of sleep each night.

There’s no question that our busy, stressful lives and other lifestyle choices are playing a role in our sleep related issues. Watching television at night, eating later than we should, caffeine and alcohol, are just a few of the common contributors to a poor nights sleep.

But new research reveals that there may actually be another important consideration in terms of explaining why we are having such a time not only getting to sleep, but staying asleep as well.

It turns out that a brain chemical, GABA, plays an important role in allowing our brains to unwind and usher in sleep. And, more importantly, GABA requires magnesium in order to play this very important role in sleep regulation. So, being low in magnesium, like more than and astounding 50 percent of American adults, may well set the stage for insomnia. In fact, insomnia is one of the most common complaints in people with low magnesium.

But let’s take this exploration to the next level. If low magnesium compromises sleep, then perhaps giving supplemental magnesium might be beneficial. This was explored in a recent study published in the Journal of Research in Medical Sciences. The double blinded study involved at 46 adults who either took magnesium, 500 mg, or a placebo for eight weeks. The results of the study were profound. The group taking the dietary magnesium supplementation slept longer, went to sleep more quickly and experienced less early morning awakening in comparison to the group that only took the placebo.

This is clearly important information. It’s so common these days for people to reach for either prescription drugs or over-the-counter medications to treat common problems like insomnia. Now that we know that low magnesium may directly contribute to insomnia it really makes sense to do what we can to maintain adequate magnesium levels. That means making dietary changes to include magnesium rich foods like almonds, spinach, pumpkin seeds, and avocados, as well as considering magnesium in the form of a nutritional supplement.

This information is intended for educational and informational purposes only. It should not be used in place of an individual consultation or examination or replace the advice of your health care professional and should not be relied upon to determine diagnosis or course of treatment.
#sleep , #brain health , #Magnesium