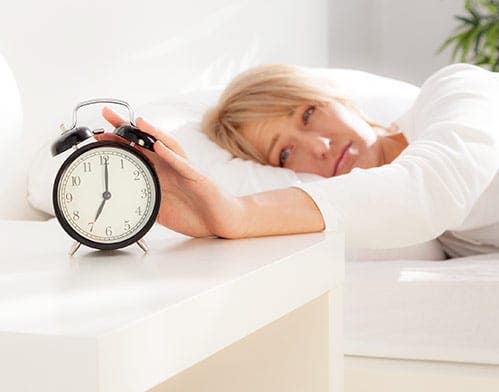 Diet is a huge factor in a person’s health. It can affect the risk of heart disease, obesity and much more. But did you know that diet can also impact sleep quality? That’s what a study published in the Journal of Clinical Sleep Medicine suggests. In fact, the research indicates that just one day of eating foods low in fiber but high in unhealthy saturated fat and sugar can result in reduced duration of slow-wave sleep, often referred to as “deep sleep,” which is the stage of sleep that restores physical and mental energy plus much more.

As review, there are two distinct phases of sleep: REM (characterized by rapid eye movement and intense dreaming) sleep and non-REM sleep, which starts out each sleep cycle and makes up the following four stages. Stage 1 non-REM is light sleep in which one can awaken easily; Stage 2 non-REM includes a deeper sleep with slower brain waves, while Stages 3 and 4 non-REM sleep is the “slow wave sleep,” characterized by low heart and respiratory rates, very slow brain waves and complete lack of eye movement or muscle activity. This sleep is what permits the body to aim its resources at regenerating tissues, building bones and muscles, recharging energy stores and strengthening the immune system.

These last stages of sleep are what are adversely affected after ingesting low fiber and high unhealthy fats and sugars in the diet. When those stages are diminished, then the body doesn’t get the full restoration it requires.

Getting quality sleep can be an elusive thing for many people, too. The National Sleep Foundation notes that 45 percent of Americans say that poor sleep has interrupted their daily activities at least once in the past week (at the time the poll was taken). Likewise, the National Institute of Neurological Disorders and Stroke conducted a survey which indicated that as many as 40 million Americans encounter disrupted and inadequate sleep. Other sources say that between 50 and 70 million Americans have some kind of sleep disorder.

According to additional studies, disrupted sleep can result in numerous negative effects, including an increased risk of stroke in the elderly as well as twice the risk of heart attack and four times the risk of stroke for men ages 25 to 64 who had no history of diabetes, stroke or heart attack. Professor Valery Gafarov of the Russian Academy of Medical Sciences in Novosibirsk, Russia, who studied the possible relationship of poor sleep to the risk of heart attack and stroke, said, “Sleep disorders are very closely related to the presence of cardiovascular diseases. However, until now there has not been a population-based cohort study examining the impact of sleep disorders on the development of a heart attack or stroke.”

Now back to the study in which one day of a low-fiber, high fat and sugar diet can disturb sleep. Participants were 26 normal-weight adults—13 women and 13 men—with an average age of 35, who spent five days in a sleep lab for controlled sleeping times. During the first four days, the study participants were put on a controlled diet and consumed meals high in protein and low in fat that were prepared by a nutritionist. On the fifth day, the participants were allowed to choose their own meals—foods typically lower in fiber and higher in fats and sugars.

After just one day on the diet that participants chose for themselves, the participants took longer to go to sleep, had more sleep disruptions and had less slow-wave sleep. And while more studies are needed, the research team suggests that for the millions of Americans who experience sleep problems, a healthier diet may benefit them.