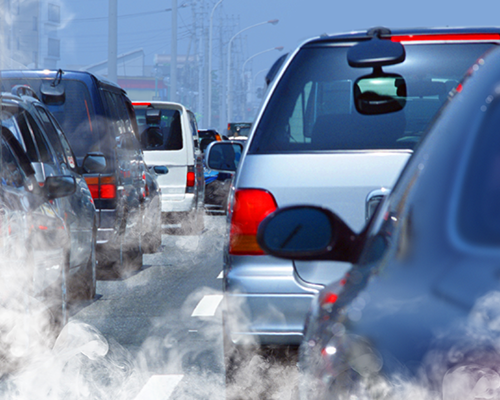 When most people think of toxic air pollution, visions of factories and densely populated cities often come to mind. While these are certainly some of the most obvious threats to health, toxic air pollution is a common hazard that actually affects more people and areas than typically imagined. According to the World Health Organization (WHO), nine out of ten people breathe polluted air, leading to 7 million fatalities annually. Further, toxic air pollution isn’t limited to only the outdoors. In fact, indoor air pollution can also be a danger to health, and possibly even a greater risk.

What are toxic air pollutants, and why are they so dangerous?

According to the American Lung Association, toxic air pollutants are defined as hazardous airborne pollutants that are suspected to cause cancer, birth defects, or other serious bodily harm. Coal-fired power plants, industrial refineries, and emissions from vehicular transportation including cars, trucks, and buses are the main sources of outdoor toxic air pollutants. Fossil fuel combustion is also a leading contributor to climate change, along with being the main source of air pollution, says the WHO.

Indoor air pollutants are most often identified as coming from chemical solvents, building materials like asbestos, new carpeting or paint, as well as tobacco smoke. Various studies from Duke University and the National Institutes of Health (NIH) also found flame retardant chemicals to be another common toxic pollutant, often found on clothing, furniture, electronics, and more.

Risks from toxic air pollutants may include health problems ranging from mild symptoms such as irritation of the eyes, nose, and throat, to severe, including impaired lung function, cardiovascular harm, and even damaging effects to the nervous system and brain. The impact of these cumulative effects and exposure is dire – the World Health Organization reports that one third of deaths caused by stroke, lung cancer, and heart disease can be linked back to air pollution.

Where is toxic air pollution most prevalent?

The United States Environmental Protection Agency is required to regulate toxic air pollutants due to the Clean Air Act, a federal law designed to control air pollution on a national level. However, air pollution is difficult if not impossible to avoid, as microscopic particles can still enter the body and damage the lungs, heart, and brain, among other health risks.

Household air pollution is said to kill 4 million people annually, and is most prevalent in Asia and Africa, according to the WHO. In the United States, Los Angeles is ranked as tenth in the world for the worst air pollution and number one for poor air quality.

Who is most at risk for developing health issues from toxic air pollution?

Children and the elderly are the most vulnerable for developing health issues, as they have developing or weakened immunity, according to the WHO. Pregnant women should also exercise caution to avoid air pollution whenever possible, as it can affect fetal brain growth. People with chronic cardiovascular or pulmonary disease should also try to limit exposure, according to the National Institutes of Health. In addition, individuals with asthma should avoid exposure whenever possible, as pollutants can lead to wheezing, coughing, and chest discomfort, according to the EPA.

While some exposure to toxic air pollutions is unavoidable, there are ways to help reduce contact. Urban areas and highly trafficked roads pose a higher risk, so limiting time in these congested areas – especially while exercising – is one of the best ways to mitigate exposure. If living in a highly populated area, keep windows closed during rush hour and other busy times. If possible, take alternate transportation methods such as walking, biking, or using public transportation to help reduce your individual carbon footprint.

In the home, regular cleaning of dust accumulation can greatly help limit the exposure to inhalation of common pollutants. Dust may contain up to 45 different chemicals, including flame retardant chemicals released from household products, according to a 2016 study from George Washington University. Consider investing in an air purifier, and use a vacuum with a HEPA filter, for thorough cleaning.

Lastly, since the health effects of toxic air pollution pose greater risks to people with conditions such as heart disease, practicing healthy lifestyle habits such as eating a healthy diet and getting regular exercise can help maintain overall well-being.